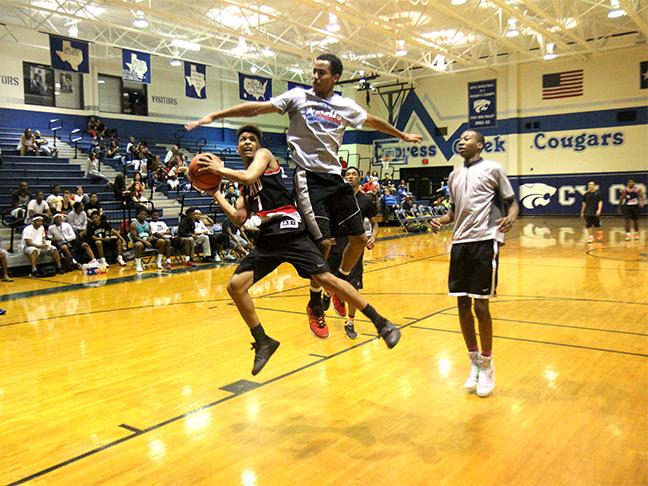 With an effort from both sides, the senior basketball team defeated the faculty team in a game on April 8 with a score of 39-37.

After a a tournament between 10 senior teams, only one team remained and went on to defeat the faculty team. Both teams received special t-shirts to wear for the final ‘Geezers’ vs. seniors game.

“It made me feel old,” baseball coach Matthew Arnic said. “It’s alright, it was a good time. The kids had fun and we had fun, so it was good.”

Even after an extra point boost from senior sponsor Nicole LeClaire, the teachers still fell short in the end.

“Let’s be honest, when I played I never lost the ball or missed a basket,” agriculture teacher and FFA sponsor Ashley Smith said. “Even though I never got the ball. It’s cool.”

When the game ended, LeClaire awarded the seniors the first place trophy and gave the faculty team a participation trophy.

“It felt amazing, my squad came and got it done,” senior Juwan Segura said. “It felt good, man. It felt great to win.”