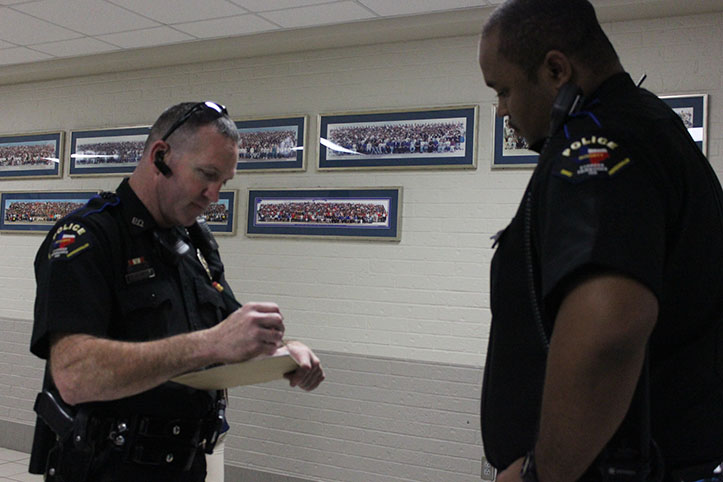 New year, new cops. The recent changes in the school police force will lead to stricter rules and regulations.

Using explicit language in any public setting, including school campuses, will result into  a $200 ticket or arrested. CFISD police officer Cougan Hignight, the new campus officer, started enforcing the law at the beginning of second semester.

“The ticket is on my side, the criminal [lawful] side, but you can also get the school punishment,” Hignight said. “It’s district policy and state law.”

Profane, obscene, indecent remarks or offensive language and/or gestures directed toward others is a level three offense. A level three violation for persistent misbehavior can result in a trip to the Alternative Learning Center (ALC).

“We’re just starting to enforce the rules that were already there,” HIgnight said. “Y’all are all young students on the rise to the workplace; you can’t do that in the workplace.”

Hignight said he does not want to write tickets; he wants students to follow the law.

“We want voluntary compliance. We’re not asking [you] to not have fun, we just want you to act like the young adults y’all are,” Hignight said