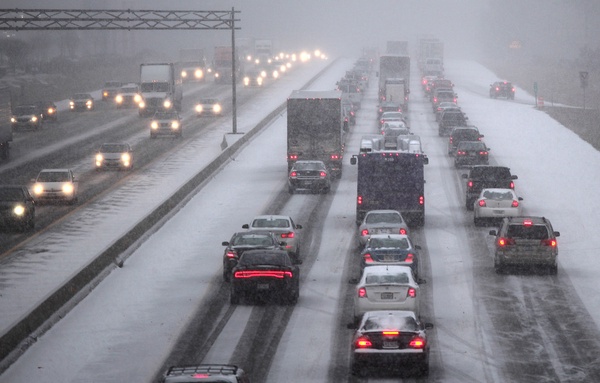 On the night of February 14, 2021, Texas was hit by Winter Storm Uri, a historical natural disaster that brought upon freezing temperatures and unanticipated effects. As a result of the extreme conditions, many Texans were left without water and electricity due to the freezing of wind turbines and natural gas lines, which caused the power grids to fail.
Some students like Vincent Ruggiero (11) were fortunate enough to have power, however others like Marcus Obledo (12) lost it,“We were out of power for three days,” Obledo said. All over Texas, the amount of time people went without power varied — some went without power for only a couple of hours, others had to go a week without power due to ERCOT’s rolling blackouts that turned into longer than expected outages.
Many areas of Texas experienced a period of water loss, due to low pressure and freezing temperatures, which caused pipes to burst.“We didn’t have water for two and a half weeks,” Ruggiero said. On the other hand, Obledo only experienced water loss for a week. The severity of damage varied and in Obledo’s case, “The pipes bursted, which resulted in everything freezing over and us not being able to use water.” Obledo said. Ruggiero’s pipes also bursted, which caused even more destruction in his home. “Our pipes froze over and busted in the rafters of the attic. It started leaking, which eventually caused the ceiling to weaken. Then the master bedroom ceiling came down,” Ruggiero said.
The storm left a plethora of effects on the Lone Star State and its inhabitants, but nevertheless, the true Texas spirit shined and they prevailed. After the storm, many relief efforts have been made to help Texans, from the Houston Texans donating $500,000 to assist with winter storm recovery to politician Alexandria Ocasio-Cortez raising over 5 million dollars to help those who were impacted.
If you too feel like donating to help out your fellow Texans and people within the Cypress Community who were impacted, please visit one of these provided website:
https://www.unitedwayhouston.org/donate
https://www.redcross.org/local/texas/gulf-coast/about-us/locations/houston.html