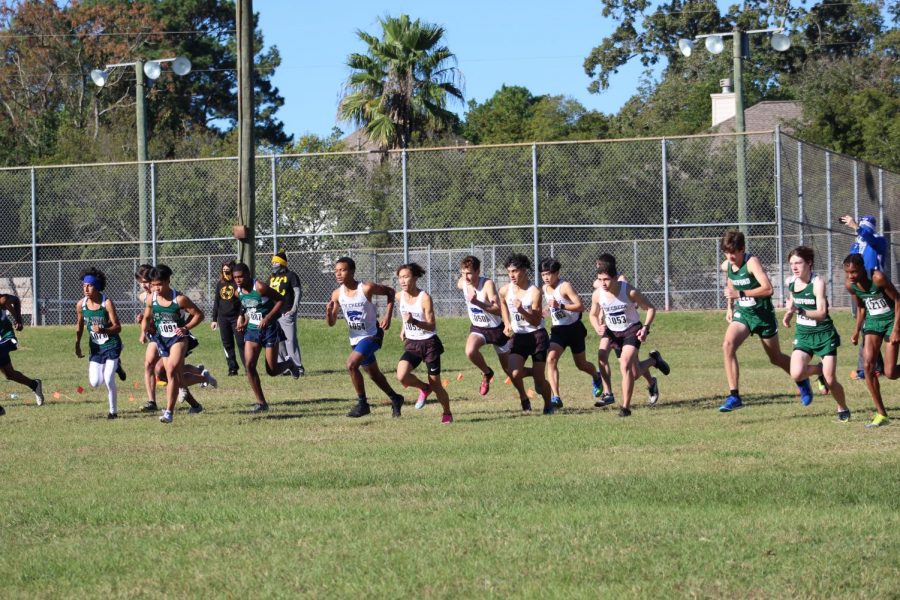 With the conclusion of the 2020-2021 Cross Country season, the Cypress Creek team has shown much growth in more ways than one. Personal records have been achieved, barriers have been broken, and against the odds of COVID-19, the team has managed to finish their year strong.

The JV team ran on Wednesday, October 28 at Spring Creek Park. At the conclusion of the three-mile race, the girl’s team placed fourth overall. Sadly, the boy’s team did not qualify due to the team not meeting the required amount of participating racers.

The Varsity Cross Country team ran on Friday, October 30 also at Spring Creek Park. The boy’s team placed fourth overall and the girls placed third overall. While in a normal year, the girl’s team would have qualified for regionals, due to COVID-19 only the top two teams were able to qualify, so sadly, they did not qualify.

Ben Countiss (12) placed second in his division and will continue on to regionals to compete for qualifications to state. This will be Countiss’ third year going to regionals. While he has never advanced past regionals before, he hopes this will become the year he makes it to state.

“I’ve made pretty rookie mistakes the last two years, and have been working very hard to hopefully not screw up this year and make it to state,” Countiss said.

Countiss will compete on Tuesday, November 10 at Huntsville State Park for the chance to qualify for state.

For many on the team, districts were a very emotional time, just like it was for Ben Prakhin (12).

“Thinking about how I will never be wearing these spikes or this uniform again, the emotions really hit me at the starting line,” Prakhin said.

For the seniors on the team, this race marked the end of their cross country career at Cy Creek, which sparked emotion in many of them. Through Cross Country, they have found a family. For four years they have gotten up early, stayed up late, struggled, and celebrated as a team.

Throughout the season, the Cross Country team set a lot of goals for themselves. Goals such as beating their personal records, pushing themselves further and further each practice, or simply beating that one person they have competed with throughout the year.

While the team did have to face many challenges throughout the year such as the threat of COVID, they have managed to persevere through and reach many of their goals.

Cross Country emphasizes the importance of hard work. The Cross Country team perfectly presents what it means to run individually, yet still, push those around you, and to be a part of something more than yourself. Furthermore, it teaches one to put their best into whatever they do.

As Prakhin put it, “race like every race is your last because it means you put one hundred percent effort into it, and when you work hard, the results will come.”

One Response to “Reaching the Finish Line”