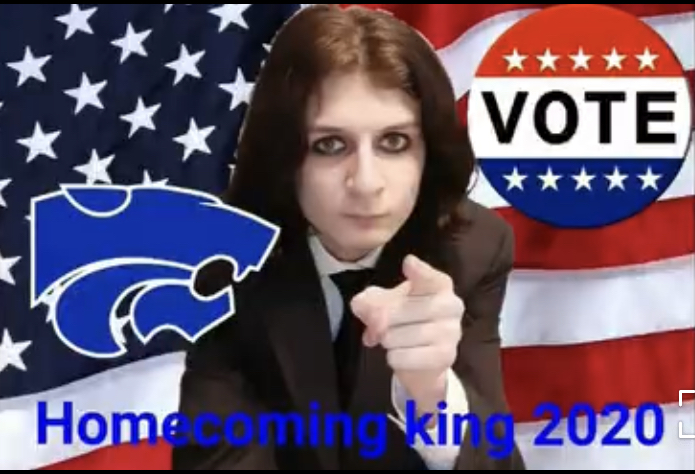 Being on the Homecoming Court is one of the most prestigious social titles any student can achieve during their highschool career. Although Homecoming has gone through many changes in order to adapt to the ongoing pandemic, Creek would still like to keep the spirit by going on with Homecoming Court. With a select handful of seniors, Valentin Carrillo is looking to be crowned Hoco king.

What rapidly grew Carrillo’s election-styled campaign was a video he posted to his Instagram on October 7th. In the video he discusses reasons as to why he should be crowned Hoco king, as well as promises he has made if he does win.

“For these past four years, I was the most insane, unpredictable, most consistent, dedicated, unapologetic person in this high school,” Carrillo states in the video. “Vote me for Homecoming King and I promise you… We will have the greatest party of the twenty-first century.”

Initially, Carrillo started running as a joke. However, this quickly shifted to a more competitive tone once he realized the potential he had.

“I just saw it one day on Snapchat trending,” Carrillo explained. “I was like ‘Oh shoot, people actually want me?’ …I’m more competitive now.”

One of the most prominent features of Carrillo that makes him different from the rest of the candidates would be his style. His style inspiration is pulled from what he calls in his video “The dark side.” This shift happened circa 2018 after he listened to his current favorite album, “All Hope is Gone” by Slipknot.

Voting took place last Friday, October 16, and the results will be announced at the Homecoming game this Friday. Carrillo remains hopeful that he will secure the crown, and has a plan for the future as well.

“Even if I don’t win, I could still run for Prom King,” Carrillo said. “That could be something to look forward to.”