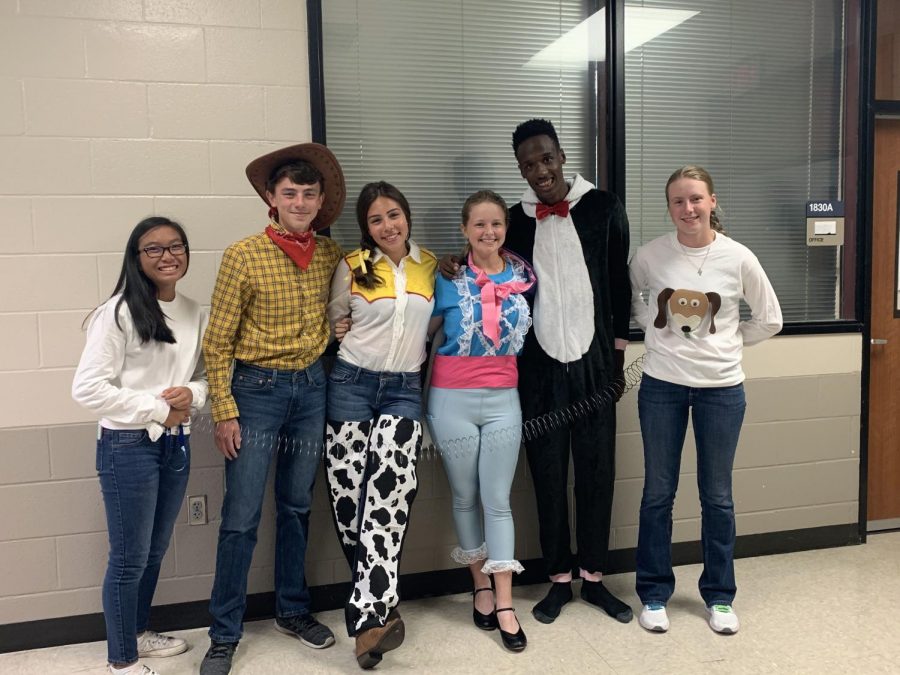 Photo courtesy of the CCHS Press

With the Marching Band’s competitive season coming to a close, the band boosters of the 2019-2020 school year held the annual Halloween costume contest. The contest took place on October 30th. Many band students showed up in their best costumes and took the judges by surprise.

The Uniform Crew members include: Natalia McEvoy, Carlin Denney, Evan Harris, Haley Winkler and Alexis Bugayong who were also accompanied by Aditi Ganti and Sarah Braun. The crew dressed up as characters from Toy Story and ended up winning 2nd place overall.

“Uniform crew for band always dresses up together for the contest,” Ganti said. “We enjoy spending the extra time with each other and having matching costumes”

Each year, the uniform crew chooses a Disney movie to represent at the contest. They have a tradition to try and create the best costume.

“We don’t really focus on the winning aspect of the competition,” said Denney. “It’s all about spending time with each other and making memories.”

Evan Harris, second year Uniform Crew member and trombone section leader, jumped at the chance to participate in the contest.

“The costume contest was really fun,” Harris said. “The contest really brought out my creative juices.”