The Fight for (Climate) Change 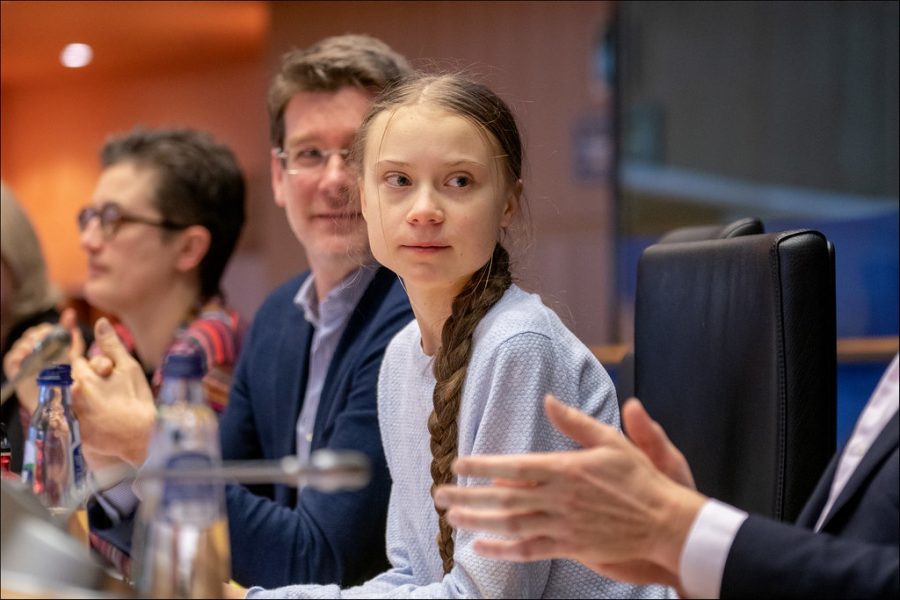 “Greta Thunberg urges MEPs to show climate leadership” by European Parliament is licensed under CC BY 2.0

Greta Thunberg, Swedish climate activist, has recently started an uproar of public commotion. On Friday, September 27th, Thunberg stood in front of a crowd of thousands of people, and declared her reaction to the “betrayal” of the government on behalf of the climate crisis. Thunberg received a great deal of criticism along with much support.

Greta Thunberg started her inspiring path of increasing the awareness around the disastrous effects surrounding climate change in August 2018. Most recently, Thunberg spoke at the climate strike rally at the UN Climate Action Summit. Thunberg gave an influential and well-connected speech about the concerning and present debate on climate change.

Thunberg started off her speech by saying “This is all wrong. I shouldn’t be up here. I should be back in school on the other side of the ocean. Yet you all come to us young people for hope. How dare you!” Thunberg expressed that the urgency of finding a solution to climate change must happen for the future generations to prosper. She communicated that the way the government has handled the crisis could potentially lead to the beginning of a “mass extinction”. “The world is waking up. And change is coming, whether you like it or not.” said Thunberg.

Greta Thunberg has become one of the major faces of the climate strike for change. She has inspired many across the globe to start speaking up and getting involved.