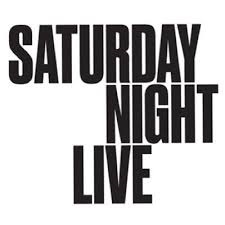 Shane Gillis, the new cast member for Saturday Night Live, a weekly comedy program on NBC, has come under fire for having a former podcast resurface with him openly saying racist remarks. Following the reemergence of the podcast, the standup community and the common public have had mixed opinions on his words.

Shane Gillis, an American stand-up comedian, is known for his many appearances on comedy central and his infamous podcast “Matt and Shane’s Secret Podcast”  with fellow stand-up comedian Matt McCusker. On September, 12, 2019, SNL announced the addition of Gillis to the cast. Later that same day, freelance comedy reporter Seth Simons posted clips, since removed from YouTube, of an episode of “Matt and Shane’s Secret Podcast” from 2018 in which Gillis makes racist and mocking remarks about Jews and Chinese people.

Andrew Yang, an Asian-American 2020 Democratic presidential candidate, recently talked to CNN about his opinions on the verdict of Gillis. He argued that Gillis was not evil or malignant, he believes that if anyone had a right to be offended by his remarks, that he would be first in line. Yang says the “cancel culture” in today’s society is very unforgiving, and believes that Gillis was just trying to get his name out into the comedy world.

On the contrary, the majority of the public demanded for Gillis to be fired immediately.  A spokesperson on behalf of Lorne Michaels, the creator and producer of SNL, stated that they discussed the remarks with Gillis, and decided that he would not be allowed to be apart of the SNL cast. “We hired Shane on the strength of his talent as a comedian and his impressive audition for SNL. We were not aware of his prior remarks that have surfaced over the past few days. The language is offensive, hurtful and unacceptable.”

The 45th season of SNL will premiere on September 28, 2019, without Shane Gillis.