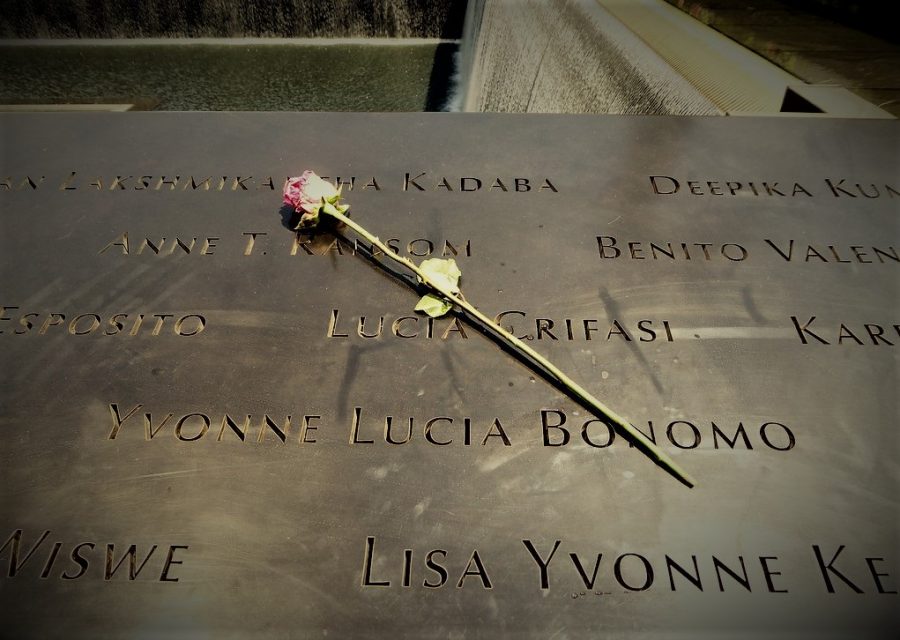 September 11, 2001, the day that shook the whole country. From the moment the first plane crashed into the North tower in Manhattan, New York, everyone in the United States was on the edge of their seats. At 8:45 am the first plane, loaded with 20,000 gallons of jet fuel, rammed into the North tower, leaving a burning hole near the 80th floor of the skyscraper. 18 minutes later, another airplane crashed straight into the South tower, near the 60th floor. The collision resulted in a massive explosion that showered the ground below with burning debris. Less than 15 minutes after the second plane hit, terror struck the New York streets as the south tower collapsed into a cloud of smoke and debris. Later at 10:30am, the North tower met the same fate. While this event occurred over a decade ago, the people living through the event will never forget that day.

Mr. Miller, World History AP teacher, was 21 years old at the time, at Baylor University. He says he woke up to an alarm saying, “ All military forces report to Fort Hood, this is not a drill.” While he was confused at first, his questions were soon answered when he found all his roommates huddled around the TV. “ By the time I woke up, one of the towers had already fallen, and the other tower was about to fall,” he said.

“I was trying to figure out what to do, and where was safe,” said  Mr. Lally, US History AP and Government AP teacher. At the time, Lally was working in student services at Lamar, “ We were in an actual finance meeting when somebody came running in, and said that a plane went into the first tower.” As they ran to the next room and watched the second tower fall, they had already begun shutting down the campus and trying to get students back to their families. “Like most of us, I was in a state of shock,” Lally said. “It took hours for everybody to calm down a little to figure out what to do next.” It took Lally a decade to recover from the events of 9/11. “ To this day it’s a little harder to travel, a little harder to feel safe in certain places, not to say that things went back to normal, this is just the new normal, and it’s just the era we live in now.”

Cy-Creek’s band director, Mr. Wood, starting his first day as a server at a restaurant, excited to begin his training. That excitement quickly turned into shock when we watched the news that morning. “At first I thought it was some kind of movie, but when I turned to the different news channels, they were all showing the same thing,” Mr. Wood says. The restaurant was nearly empty that night, but the few people that were there were all gathered around and watching the news, waiting for their questions to be answered. “ There was a lot of confusion because the technology we have today, wasn’t the same as it was 18 years ago, we couldn’t just go on YouTube and watch the video over and over, you had to go to different news stations to see what new video or angle they had as things were developing.” Even though he may have been confused at the time, Wood instinctively called his family, even though they weren’t anywhere close to the attack just to ensure they were alright.

Attacks of such caliber had never been experienced in our country before, and they completely changed the way everyone lived their day-to-day lives. September 11, 2001, truly is a day that will never be forgotten.