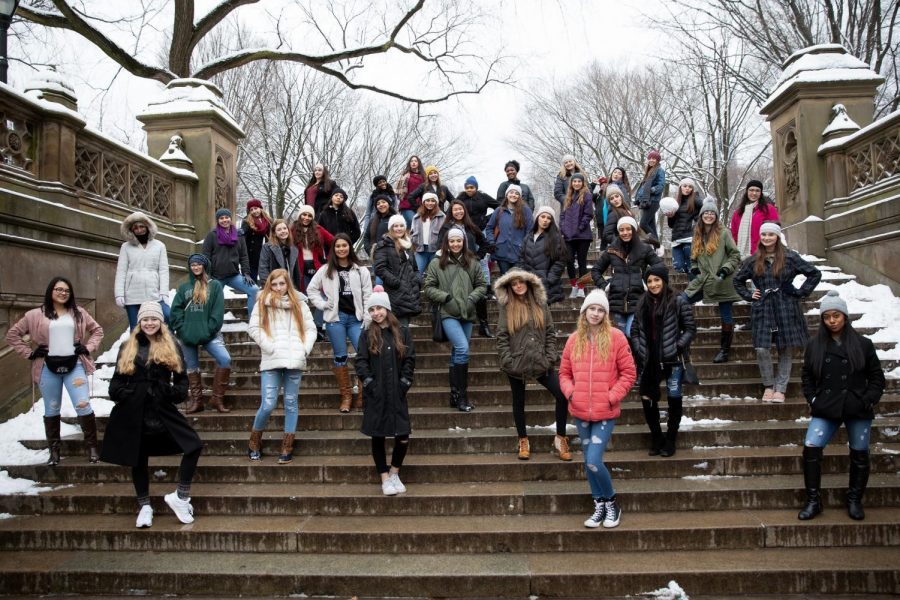 Every two years, the Silverados embark on a team trip to a new destination. This time, the team took on New York City together. The Silvies left for the Big Apple on Thursday, March 28th.

The Silvies received the opportunity to participate in a workshop with the Radio City Rockettes, where they learned important dance skills from the team.  Sophomore Alayna Kozak, explained her enthusiasm to work with the Rockettes.

“I’m really excited to take a class with the Rockettes,” Kozak said. “It’s a once in a lifetime experience.”

Not only did they visit the Rockettes, they made a stop at the Rockefeller center, Radio City music hall, and explored the shopping districts. The Silverados also made a special stop on Broadway to see “Wicked.” Sophomore and New York advocate, Katie O’Connor, remarked on how this trip to the city differs greatly than any stereotypical family vacation, making the adventure even more memorable for the team.

“I’ve been to New York with my family countless times,” O’Connor said. “I don’t think this trip will be nearly the same as all my other trips to the big apple.”

Although O’Connor makes frequent visits to the city, she still decided to venture to New York with her team.

“I decided to go because I love the city and I love my team,” O’Connor said. “I think it will be something I never forget and I get to make more amazing memories with some of my best friends.”