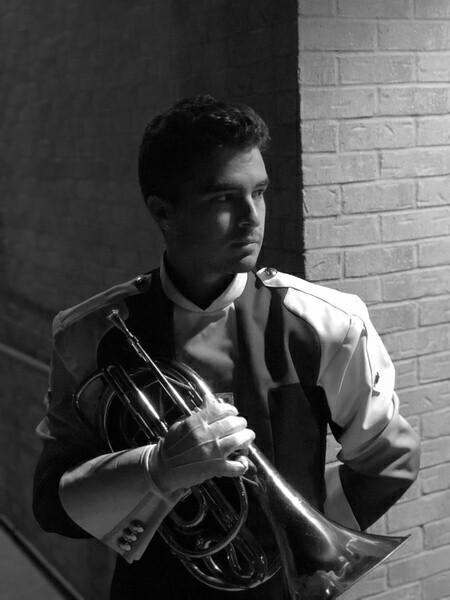 With band, hard work never goes away and always pays off. During the competitive season, band members get ready to show what they are made of. Recently, a select few participants have qualified to compete in All-State and earn their titles within the industry. Senior Logan Pierce plays the french horn and explains what it took for him to get to his current position.

“It took years of practicing fundamentals and perfecting my sound,” Pierce said. “There was a lot of disappointment throughout the process, but that only made me work harder and want it that much more.”

Although he made it to the final round, Pierce, had his doubts about the big day.

“Everyone in the audition room had an off day and we all pretty much played the same so it was hard to tell who was going to make it,” Pierce said. “Usually after we finish we can gauge who’s gonna make it, but this time was different.”

With uncertainty in the air, the winners were soon announced. Pierce’s music was approved and seeing his name on the list for All-State really showed off his hard work.

“There was some disbelief at first when my friends told me, because they saw the list before I did,” Pierce said. “I felt so much happiness and relief that everything I’ve done these past few years had paid off.”

Knowing the work ahead of him, Pierce takes a breath of relief before the final round. He further explains how he felt about his surprising place for All-State.

“I feel very satisfied with myself,” Pierce said. “I know there’s still so much more work to do to prepare for the placement audition in San Antonio.”

A lot has been done by qualifiers of All-State to compete against the best and Pierce will have the pleasure to prove that he deserves a spot in the big leagues.

“The plan now is to grind out the All-State music to hopefully place in the top 8 in the state,” Pierce said.

One Response to “Band: All-State is Here”