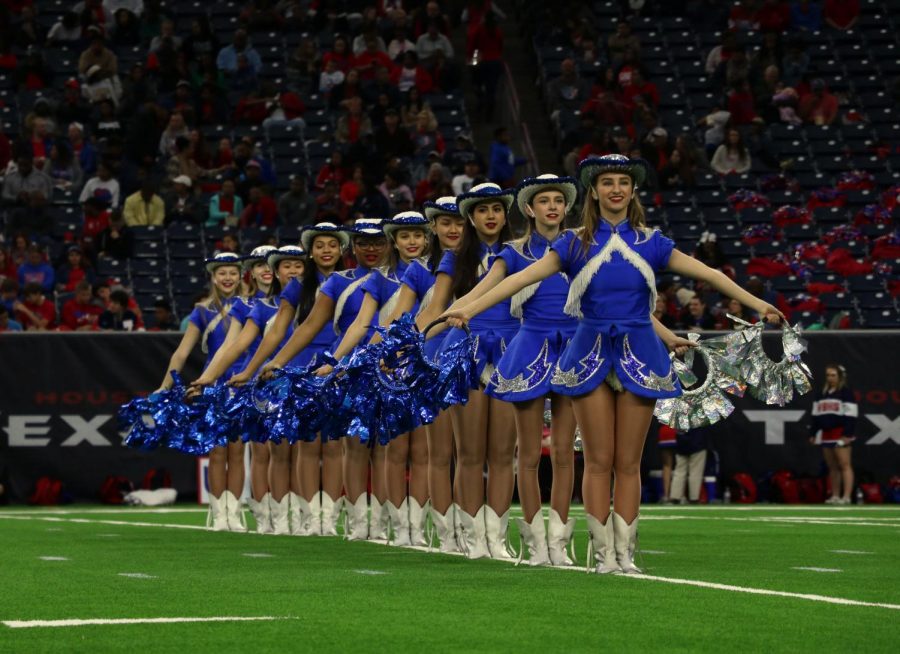 Football season may have ended, but the Silverados keep dancing. The end of the fall semester means the start of competition season for the team, and the first performance of the season is just around the corner.

Every year, CFISD hosts the Dance Showoffs for all of the high school drill teams to strut their stuff. This year Showoffs will take place on January 19 at the Berry Center starting at 2:00 PM. Tickets to get in cost $7 from any Silvie, or $10 at the door.

This year at showoffs, the Silverados have put together a series of various dances to perform for the judges. From team pom routines, to novelty dances and military routines, the Silvies have their work cut out for them in upcoming practices.

“Practices during contest season are always more tedious and abundant,” Penney said. “It’s a lot harder because the audience is so close to us on the court, rather than 50 feet away in the stands.”

Though the frequent early morning practices may sound dreadful, sophomore Katie O’Connor explains the silver lining of the situation.

“What makes it all worth it is right after we perform,” O’Connor said. “It feels great to know we worked hard and that we did our best.”

This year the district chose Silvie Taylor McCullar to perform a very special dance. This routine features some of the most talented dancers from teams all around the district.

“I was one out of ten girls to be nominated by our team to be part of the All District Dance Team,” McCullar said. “It is a huge group dance with all district dance teams specifically for show offs.”

Although the Silvies work like clockwork as a team, some of them decided to perform a solo routine, such as sophomore Alayna Kozak. Kozak will perform a jazz solo that her big, Jaden Chou, and Kozak choreographed.

“I will be nervous because the Berry Center is huge,” Kozak said. “I will be performing for judges, but it will be a really good experience.”