A New Boy on Campus 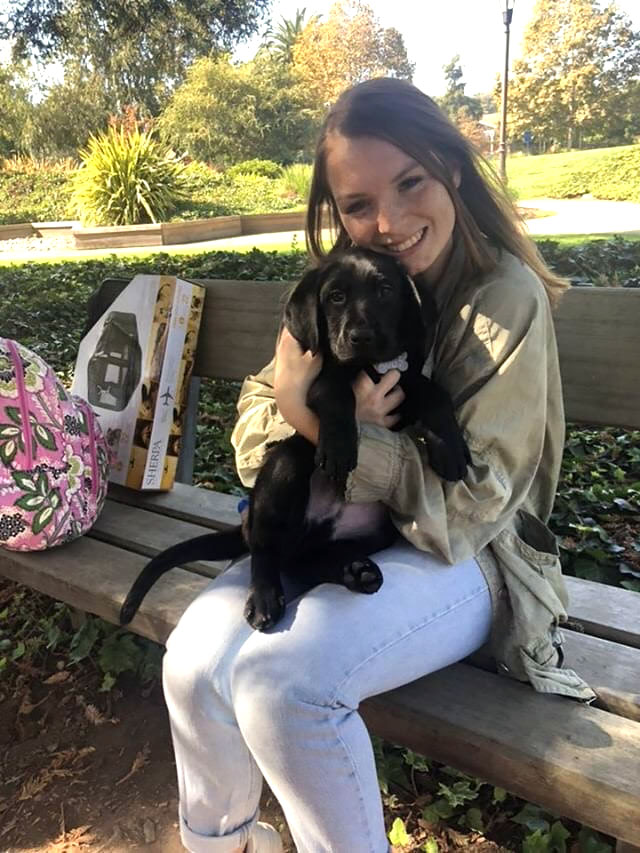 Many people around the school know and love Hailey Shaw’s guide dog in training, Graceland. Sadly Graceland has not come to school recently, but for one good reason. Graceland moved to California to complete her training and to pursue her life as a guide dog for the blind. However, at the beginning of next semester Shaw will have a new puppy for all Creek students and staff to enjoy. A ten week old black lab by the name of Apollo, who will follow Graceland’s Guide Dog for the Blind footsteps.

Many friends of Shaw and puppy lovers around Creek often wonder about what tasks Graceland endures now after her training with Shaw, but not to worry Shaw keeps track of her and stays up to date with her training.

“l I know what phases she’s in,” Shaw said. “She’s in breeding testing right now, so she’s in phase B, and she will get X-Rays and Health Checks.”

Although both will end up as Guide Dogs for the Blind, Apollo differs greatly from Graceland for many reasons.

“[Graceland] was actually chosen to be a breeder by the time she was a puppy, so we never spayed her,” Shaw said. “Apollo is already set to be neutered, so he won’t be a breeder.”

Another difference between Apollo and Graceland that makes a bigger difference than one would expect- gender. Apollo, being a young male puppy, really shows the differences  between him and Graceland, which may bring difficulty when it comes to training him.

Finally, when the time came to send the beloved dog to California to finish the rest of her guide dog journey, emotions amongst Shaw and her family were strong.

“It was sad,” Shaw said. “But I know she’s going to do bigger and better things.”

A New Boy on Campus