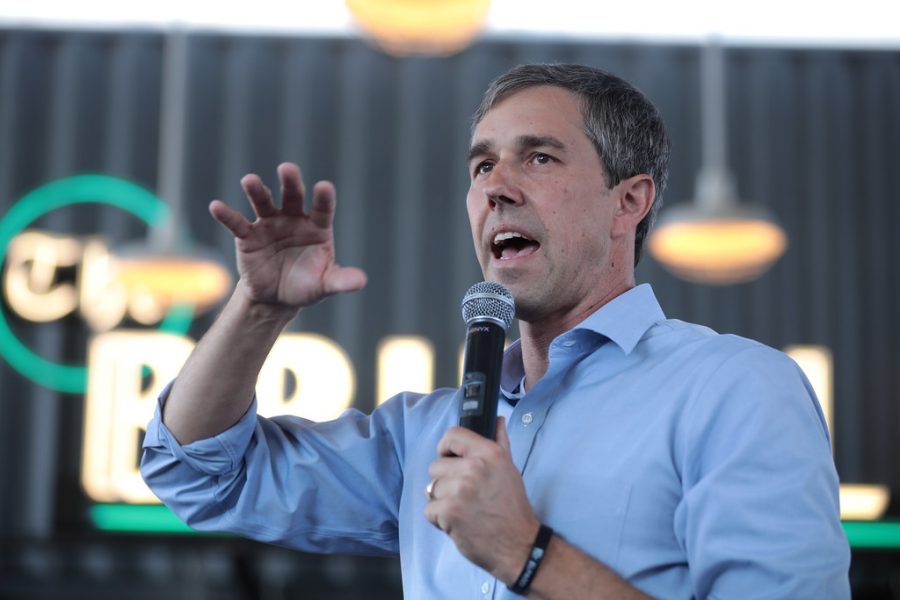 “Beto O’Rourke” by Gage Skidmore is licensed under CC BY-SA 2.0

Local politics seem minor and inconsequential compared to the events going on nationally and globally. In actuality, they contain much importance to the daily lives of citizens, if not more. Beto O’Rourke, a current member of the U.S. House of Representatives, currently represents El Paso. He will run against Ted Cruz in the 2018 U.S. Senate Election in Texas, and even those not eligible to vote should know at least the basics about their local representatives.

Until a few months ago, no one outside of Texas really knew too much about Beto. Recently, he went viral for his response to a veteran’s question about whether NFL players should kneel during the national anthem. He explained how kneeling does not disrespect those such as veterans, and how protesters simply want others to realize the significance of issues such as police brutality and civil injustice.

“I think in this case, his past as a politician and whether he has served his constituents is important,” Lally said. “There’s always going to be a debate on people’s personal character.”

Beto considers healthcare important as well. He believes in single-payer healthcare, a system financed by taxes that covers the costs of essential healthcare for all residents, with those costs covered by a single public approach. He also wants to expand Medicaid, a program that helps people with limited resources receive medical care. Lally said that healthcare remains one of the most important political issues.

The War on Drugs, a government-led campaign of drug prohibition as well as military aid and intervention, has the ultimate goal of reducing the illegal drug trade in the United States. Beto wrote a book on this, mostly focusing in on marijuana prohibition. Beto believes in legalizing marijuana, an issue very popular with younger voters. He argues forbidding marijuana has created a black market so profitable that drug dealers now make billions, how the illegal system of drug trafficking has led to many deaths, as well as lives ruined. He believes legalizing marijuana will get rid of the War on Drugs and bring in less harm.

“It affects tens of millions of people. That’s a lot of people,” Lally said. “An issue like the War on Drugs does not just affect your local community. It affects the nation, and possibly the world as well.”

Beto has a lot of passion for immigration. He believes in citizenship for children who cross the border illegally. Most voters do not understand the complexity of the legal immigration system, and assume that an illegal immigrant acts just as unlawful as the next criminal. Beto attempts to find common ground between the fact that some of these people commit crimes and the positive effects of illegal immigrants. Most help the economy, and would prefer to stay home; only immigrating because of gang violence.

According to FiveThirtyEight, Beto has about a 30% chance of winning. Ted Cruz, incumbent of the Senate seat, holds the better odds. However, not as much as against former Democratic opposers, proving that Beto can revolutionize a state known for its tendency to vote Republican. Most would agree that local politics influences lives, and Lally argued for it as one of the most vital aspects of government.

“The most important thing that people have to understand; and I think any government teacher, like Mr. Heap, would say that local politics is the most important,” Lally said. “It’s the politics that actually affects your everyday life.”