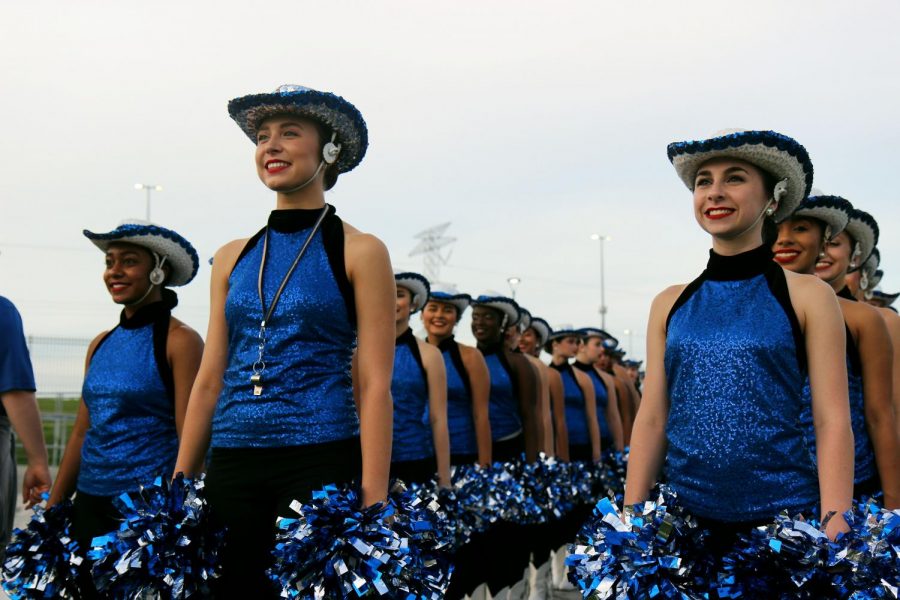 The start of the school year marks the start of the Varsity Cougar 2018-2019 football season. This year, not only does Creek play Cy Fair schools, but also other districts, such as Klein and Spring Branch. Senior and Varsity receiver, Anthony Escobedo, hopes that his team can make it all the way to state this year.

“I’m really focused on working together to form a strong bond to focus on making playoffs” says Escobedo.

During halftime, the Cougar Band and Color Guard performs their new drills as well. A sophomore and second year Color Guard participant, Camila Sierra, has a passion for color guard and performing on the field.

“I’m most excited about the team coming together this season,” Sierra said.”What puts the icing on the cake is the rush of adrenaline when performing together knowing we killed that performance.”

The cougar band has also worked hard so far this year with plenty of new routines. Sophomore Joseph Metcalf, a trumpet player in the Cougar Band, exclaims his excitement for the upcoming season.

“I’m really excited,” Metcalf said. “Hanging out with my friends at games makes me so happy.”

The Silvies also have some new routines for the 2018-19 season that will never fail to impress. Helena Jones, a first time Silvie, says that she too, cannot wait to perform on the field this season.

“I’m most excited to perform our new pom routine,” Jones said. “It was the first dance I ever learned as a Silvie, so it holds a special place in my heart.”