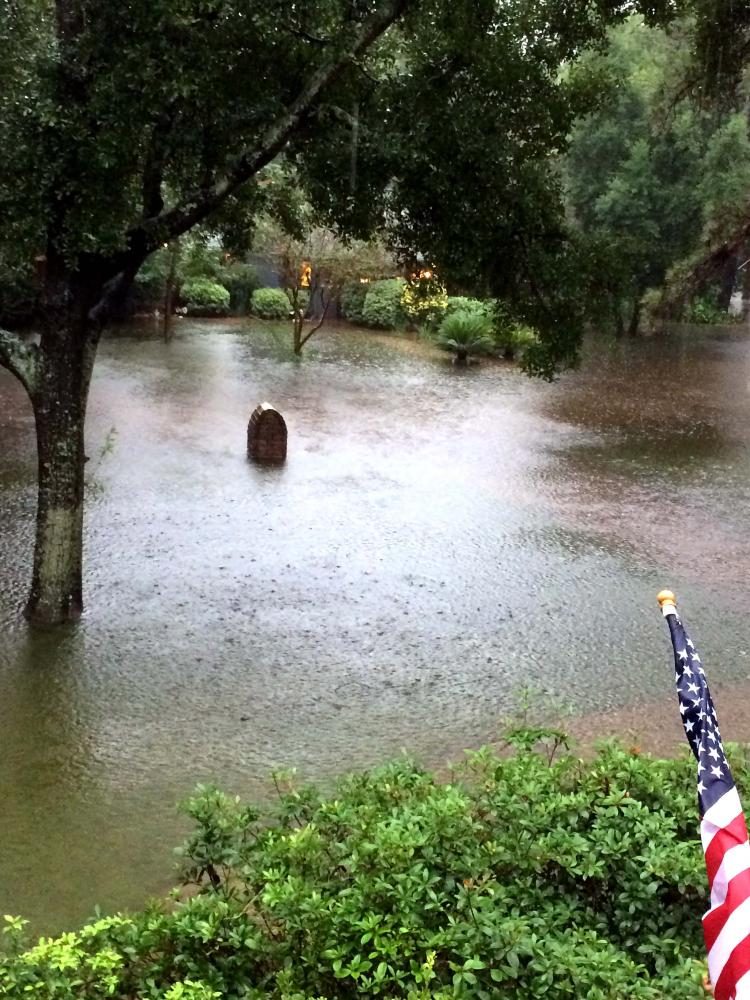 The water has long since disappeared, but the mess it left behind will remain for years, if not decades, to come.

Anyone driving through the suburbs will most likely find scenes of destruction. Piles upon piles of waterlogged furniture and dirty, ripped-up carpet now decorate the once pristine lawns. A thin line of muck adorns many of these houses’ interiors, just where the water ceased to rise.

Students all over Houston expected a rough start to their school year when Hurricane Harvey began to tear its way through Texas. The category 4 storm caused the deaths of at least 70 people and billions of dollars in damage. The winds did not affect Houston as much; however, since Houston sits on the “dirty side” of the storm, homes and businesses became plagued with torrential amounts of rain instead. Houston’s tendency to flood had meteorologists fearing the worst.

Senior Laura Beaty and her family moved everything upstairs after their home became inundated with two feet of water.

“On the funny side, I’ve never heard my dad curse more in my life, but it was also really sad to see my mom so upset,” Beaty said. “They were both really strong throughout it all. My brother and I were worried about missing school, and my sister called about 8 times a day because she was so worried.”

The family lost four cars, a mattress and much of their furniture, among other things.

“My mom was most worried about not rescuing family pictures, because those are really the one thing you can’t replace,” Beaty said. “The interesting thing was that we actually found a lot of things we lost while cleaning out our waterlogged garage, like some of my grandma’s old paintings that I had never seen.”

Beaty feels thankful for school, since it helps regulate her schedule. Nevertheless, several small changes have thrown her life off balance for a while.

“My feet are constantly dusting from drywall, there’s fans blowing 24/7 in my house to keep the mold out, and there’s constantly people in our house fixing it with power tools,” she said. “Even though I appreciate everyone who helps, it’s still really stressful. I think I miss my car most of all.”

Senior Charles William received six inches of water in the first-floor apartment he shares with his mother. William currently lives at a friend’s house, while his mother moved to another location nearby.

“We didn’t know how bad our apartment was until way after they allowed us into our apartment,” William said. “The whole time during the flood I kinda knew, I saw pictures and stuff of where I lived. But I was being hard-headed, I didn’t wanna see what was going on.”

William and a few of his friends decided to lend a helping hand to some close neighbors, as well as doing some contracted demolition work.

“I went and helped other people, basically people who helped take care of me when I was younger,” he said. “What I always told everyone, every house we went to, is get out all of your personal belongings, and then from there anything else is trash.”

Although he feels sad for losing his possessions – including the sports car he’d had since he was fifteen – William actually sees the flood as a new beginning.

“You’ll hear a lot of people relate the flood to Noah’s Ark,” he said. “Cypress had started to get dirtier over the past couple years… I believe it was washed out to clean us. That’s why I’m not really tripping over losing all my stuff. It’s for the better.”