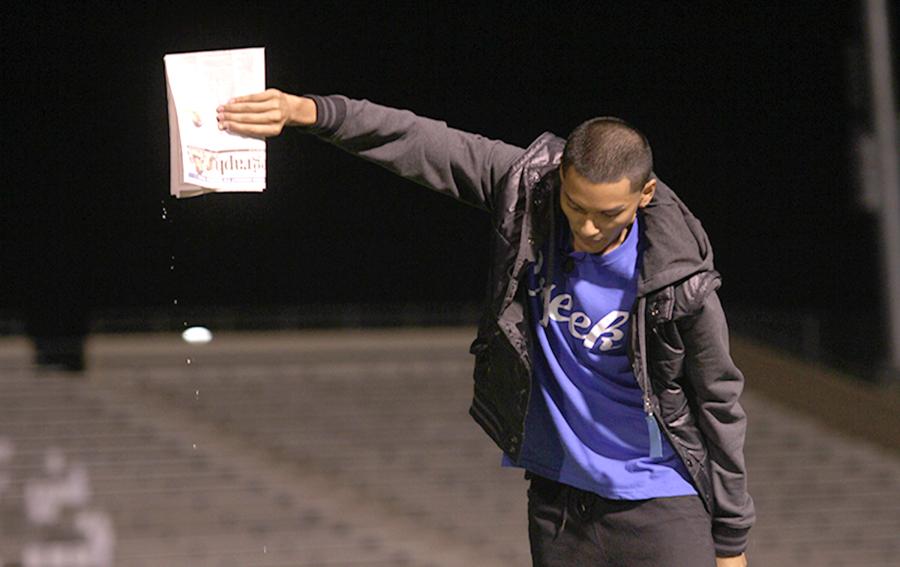 Standing in front of hundreds of his peers, Senior Alex Galdamez.slowly loses his confidence. He tries to maintain his focus on magic, and just when he’s about to lose the last ounce of hope in himself, the crowd starts to praise him. Encouraged, he pulls out a deck of cards and wows the crowd.

Galdamez performed at the Lighting of the CC’s for the first time this year and plans to pursue a career as a magician after he graduates. Galdamez plans to attend Jeff McBride & Magic Mystery School in Las Vegas, Nevada.

“I got accepted to go to a magician school after graduation,” he said. “It’s going to be really fun. Criss Angel will be one of the teachers down there and I’m very excited to meet him.”

Behind all of his mysterious tricks, Galdamez’s family volunteers as the guinea pigs for his new tricks and cheer him on.

“My mom is the first person I would try every trick on. My little brothers are there to watch and spectate me and kind of support me,” he said. “My little brother is like behind me on youtube tricks. He finds tricks for me to use.”

Galdamez receives many of his tricks from magic books, but he said using only books to learn is quite difficult.

“I have a lot of books I read; it’s kind of hard,” he said. “Books get frustrating because the book doesn’t really have images, and it’s only words. So they try to explain it and got me to try to visualize it in [my] head.”

Galdamez said he would like to start fresh when he leaves for Nevada. He believes he knows enough magic to practice with the professionals in Las Vegas, but acknowledges it takes a lot of patience when it comes to learning a new trick.

“It can take from hours to years to perfect a trick, depending on the time and how good you want to master it,” he said. ”My favorite trick right now is called the Ambitious Mystery card trick.”