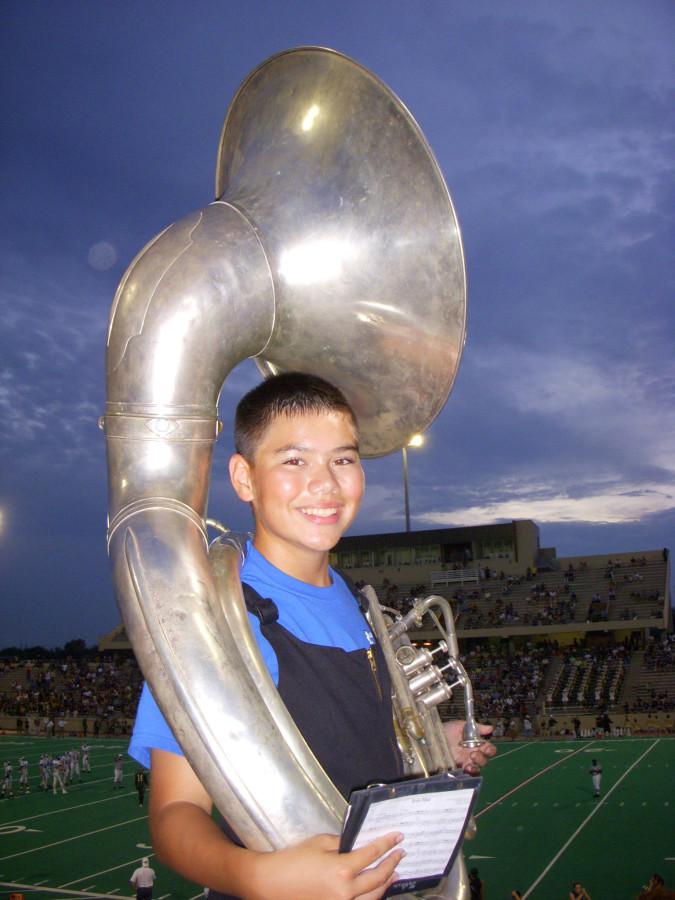 Photo by: Courtesy of Cindy Vandervort

He wakes up every morning, eats his breakfast, checks his Facebook or the news, but instead of getting ready to go to school, he settles for a day of solitude as he fights for his life and valedictorian status.

Senior Joshua Vandervort and his family drove to Disney World and visited his aunt in Florida over last Thanksgiving break. On the ride home he felt “crummy”. With little energy the next week at school, he began to notice bruise like spots on his body, and one day coming home from school, began urinating blood. A red flag to his mother, Cindy Vandervort proceeded to take him to the doctor immediately.

“When mom took me to the doctor’s, they originally thought it was some urinary infection, but decided to take multiple blood tests just incase,” Josh said.

The doctor called Cindy telling her to bring Josh to the hospital, and later that afternoon, they officially diagnosed him with T-Cell Acute Lymphoblastic Leukemia (ALL).

“My fears were typical of any parent who would never want to lose their child at any age, but it would seem especially tragic when it is in their senior year,” Cindy Vandervort said. “There were also fears of what the treatments might do to his body and mind and his ability to finish high school and even be able to go off to college.”

Fighting for more than his life

While battling cancer and his maintaining his spot as Valedictorian as a homebound student, Josh said he tries not to think about the pressure too much.

“I certainly don’t want to be the guy who loses the spot in the last semester of his senior year, but worrying about it isn’t going to help,” he said.

Cindy, who has a medical background, said her son’s positive and resilient outlook makes him the “best patient”.

“He acknowledges when he does not feel well, he will take a break and not push himself unreasonably,” she said. “However, he is very diligent in doing his schoolwork on days he is not at the clinic, working well into the evenings and on weekends to keep up or at least try not to fall too far behind.”

Since starting chemotherapy, Josh’s immune system does not work properly,making him  prone to infection and can not eat raw fruits or vegetables, go outside or interact in places where too many germs accumulate. He recently contracted pneumonia.

“I have to be careful anytime I go out into public, who I am around, when my immune system is low,” he said. “It is hard being cooped up inside my house for weeks when I don’t feel good or when I am susceptible to infection. I miss the times in class, on the bus, or in the band hall after school when I used to be able to socialize with my friends.”

When first diagnosed, Josh believed the hardest part would be keeping his grades up or maintaining good health while fighting cancer.

“My teachers and counselors have been extremely helpful so keeping up with grades hasn’t been as difficult as I originally feared it might be,” he said.

Josh communicates with all his teachers and counselors via email, text message and calling. His teachers even send him recordings of lectures in class so that he can review for tests.

“Being homebound seems to be less stressful than being at school,” Josh said. “I haven’t been able to figure out why for sure, but I think the ability to sleep in and being able to use my time more efficiently on school work while at home has something to do with it.”

Cindy Vandervort said they try to keep everything at home as normal as possible for Josh and their younger son, a freshman. Yet, Josh’s illness keeps them from doing the many things they did before. Josh volunteered and participated in his youth ministry, at school Josh was a part of band, Young Republicans and NHS.

“Josh is perhaps the only senior without senioritis because he really misses the social and class interactions with friends, classmates and teachers,” Cindy Vandervort said. “It is hard for Josh to suddenly not be able to be part of the regular activities of a senior especially because this illness came on without any warning.”

Cindy Vandervort said a strong faith in Jesus Christ, their church, tons of prayer, family, friends, and the Cy Creek band family support them in more ways than she could have imagined.

Josh said students should be grateful for what they have, or don’t have, but more importantly, not to let obstacles hold them back and continue to fight for their goals no matter how difficult it may seem.

“Don’t dwell on the negative, but do everything that you can do,” Josh said. “I’ve learned to change (not lower) my expectations based on what I am able to do.”

Although Josh can not plan too far into the future, he plans to pursue college and attend Texas A&M, where he was accepted into the Honors College. His cancer treatments will continue for the next three years.