‘Tell Me More’ about “Grease” 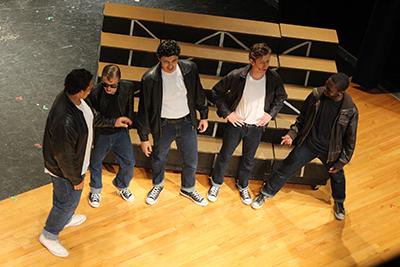 Cy Creek’s production of Grease opened on Friday, Jan. 22 and ran until Monday, Jan. 25. The play opened with a scene at Rydell High School with many cast members planted in the packed audience to sing the Rydell fight song.

The choreography came together nicely even on scenes that included the whole cast. One particularly spectacular scene had the whole cast on stage hand jiving in sync together. The choreography throughout the musical contained tons of energy with the entire cast bopping along to high-energy songs such as: “Tell me More,” “Greased Lightning” and “You’re the One That I Want.”

The magic of the show carried back stage as well. Offstage, crew members worked diligently to move their set pieces on and off stage in a timely manner.

Overall, I thought that the show was very well done, and I would definitely see it again if presented with the chance.