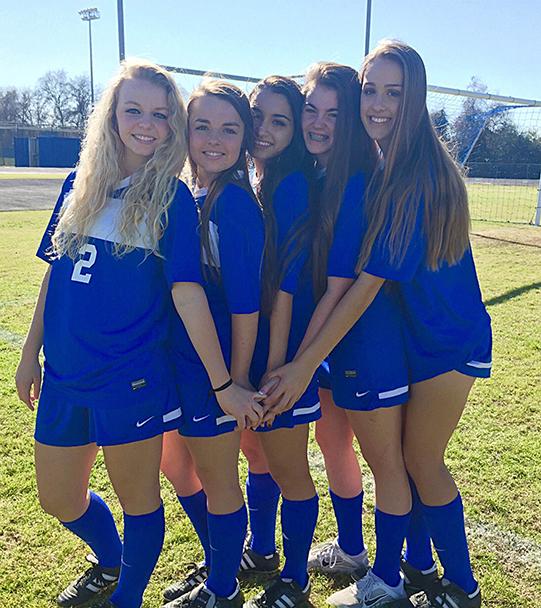 After a close race, sophomore varsity soccer forward Darbey Hargrove was awarded VYPE Preseason Player of the Year with a total of 4,468 votes

Last year Hargrove was award Cypress Fairbanks Independent School District’s Offensive Most Valuable Player, first team all district, Academic All-District and newcomer of the year. This year she won the title of VYPE preseason soccer player of the year

“I’m not sure how I received it, possibly from [my] stats last year,” she said.

Hargrove has played soccer since fourth grade. She also plays for club league, Texas Rush, in the Woodlands and hopes to play at the highest level in college.

“I started getting more serious in fourth grade and joined Pursuit Soccer Club,” she said. “I began to love the game at that time and it has been a huge passion of mine ever since.”

Hargrove looks forward to a great season and is hopeful that the offense can get the ball in the net so they will win.

“We have a great defense that lets very few balls through,” she said. “Scoring goals are never done alone. It’s all a team effort and we have a lot of talent on our team.”