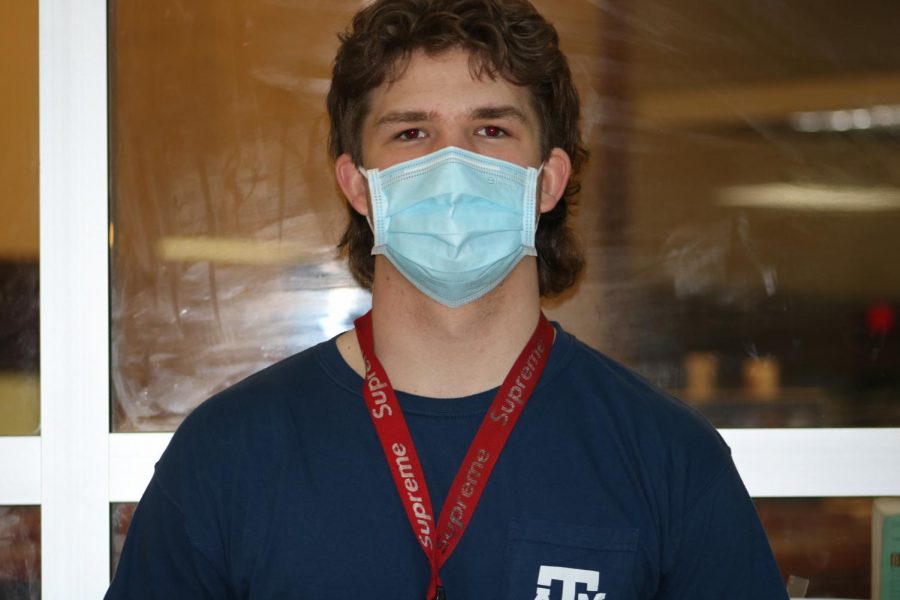 Among 25 finalists, three CFISD football players were nominated for the Touchdown Club of Houston’s 2020 High School Scholar-Athlete of the Year Award. Out of the three athletes nominated in CFISD, Connor Cook, a senior attending Cypress Creek High School, has been chosen as one of the recipients for the award.
Football coaches have the ability to nominate one senior player from their program. The finalists are selected by representatives from the offices of the Presidents of Houston Baptist University, Rice University, Texas Southern University, and the University of Houston. The candidates are determined by their academic honors, citizenship, and football accolades.
This year was Cook’s first time playing on the varsity team and his first varsity season. “I started on varsity and played my first varsity season this year,” Cook said. As a kid he played flag football, but started playing for his school in seventh grade. Playing football has taught Cook about hard work, being part of a team, and dedication.
So far, the cougars have had a great season, with being placed third in districts and going into playoffs.
“We have been doing pretty good. We are going into our first round of playoffs next week and we came in third place in our district,” Cook said.
Out of 25 finalists, Cook finds it surreal that he’s one of them.
“It’s almost surreal. It’s hard to imagine that I would be one of the top 25 out of so many people,” Cook said.
To Cook, it is an honor to be nominated for athlete of the year, and feels glad glad his hard work is paying off.
“It’s a great honor to be nominated for scholar athlete. I’m glad that the work I have put in is getting recognition and that I get the opportunity to represent my school,” Cook said.
On December 9, the award will be presented at the Bayou City Event Center during the High School Football Scholar-Athlete Luncheon. All finalists will receive a $500 scholarship from the Touchdown Club of Houston. The top three honorees will receive additional scholarship money.