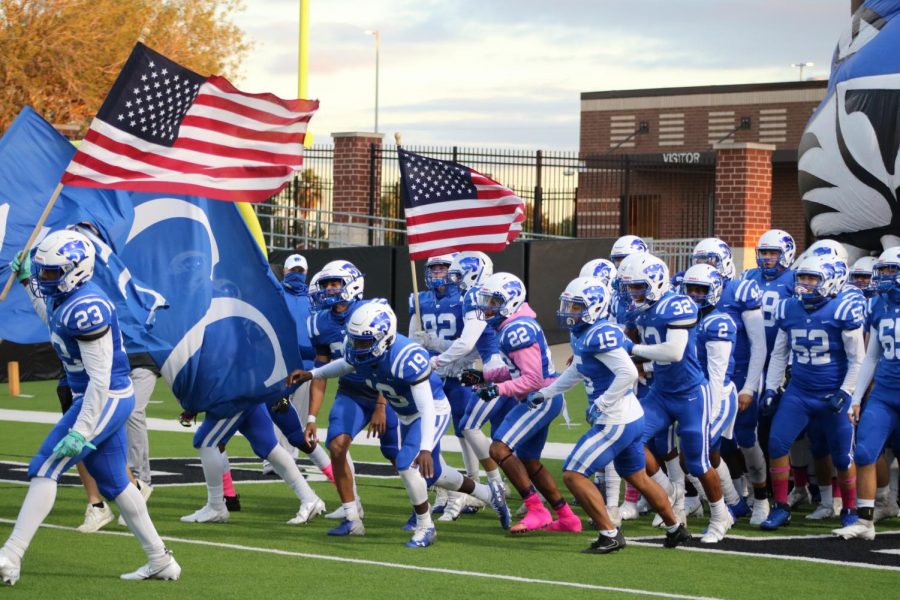 Compared to previous years, the 2020-2021 football team for Cypress Creek has had quite the rocky season. The boys in blue were projected to only lose two games this season according to the Varsity Wires pre-season predictions, however, the team has taken more losses than they expected. Nonetheless, the Cougars are looking to advance into the playoffs for the third year in a row.
The team closed out their last season with a league record of 6-2, placing them third in the district. The team also went to the fourth round of playoffs; marking the farthest the team has reached in the past four years.
This year, the team has a current standing of 5th place in the district and a league record of 3-3. Due to their record, as of right now the team does not qualify for playoffs. In order for any team to make it into the playoffs they need to win a minimum of four district games. This means that the Cypress Creek Cougars will have to win their next and last district game against Jersey Village by 6 points in order to advance.
The team’s wide receiver Brazos Gadler (12) was asked about how having some quarantined players affected the team’s performance so far. “I feel like that affected us big time. Massively [even]. Earlier in the season we lost our starting quarterback, and some of us had to switch from being offense to defense. For some of us we weren’t very successful on the other side of the ball,” Gadler said.
The starting quarterback Brad Jackson (9) had to quarantine himself for two weeks and he agreed with Gadler about the effects it had on the team.
“It ruins our chemistry a little bit, and it was tough [because] we had to switch some players out and make some rotations. But now, everybody is back and we’re getting rolling again,” Jackson said.
Now that every player is back and ready to take on Jersey Village this Saturday, the team’s focus has changed to getting every play right in order to win the game. Gadler also gave some insight about what the coaches focused more on during practice this week, “We put a lot more into the game plan this week to make sure that we come out with a win,” said Gadler.
Wide receiver Ryan Nguyen (12) agreed with Gadler that the plays were the most drilled part at practice this week, “They want us to get the play down [and] get the play done,” Nguyen said.
For senior players this is the last shot at making playoffs before graduation, and many of their younger teammates, like Jackson, want to make this last chance a reality.
“I want to definitely do this for my senior guys. [Because] it’s their last opportunity to play, and I really want to, you know, get ’em a deep playoff run for their last couple games,” Jackson said.
Despite the pressure of this coming game, the players are confident in their skills and team to advance into playoffs. “I have a lot of faith in my guys” Nguyen said.
The big game will take place this Saturday at 1 PM at Ken Pridgeon Stadium.

The sounds of cheers filled the air of Ken Pridgeon Stadium this past Saturday as the boys in blue secured their spot in the 2020-2021 playoffs. With a final score of 28-21, the cougars got the exact 6 points they needed over Jersey Village in order to advance. This also marks the third year in a row that Cy Creek has advanced into the playoffs.
The cougars had an outstanding performance, as they kept the lead the entire game. Although tensions did get high towards the end of the game when it appeared that the teams were going to tie in scores, the cougars stopped that from happening with their amazing defensive line.
Creek’s first opponent is still unknown at this time because HISD schools are still finishing out their district games. Until then, the team can focus on their last opponents for their regular season: the Cy Park tigers.
Click here to purchase tickets to the upcoming football games. 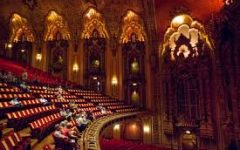