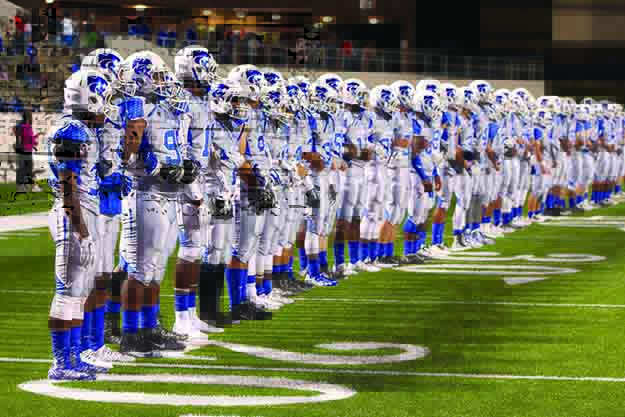 The summer flew by and before we knew it, we were back practicing. For many of us this was our last year playing football for Creek, so we really wanted to leave a lasting impact on the program. The start to the journey to the playoffs was against Klein Oak.

We knew Klein Oak was going to be a tough test for us- they were coming off of an 11-win season and were returning a lot of good players. The game didn’t go as we wanted, but we knew we had a team that could do great things the rest of the year.
Going into District play, our next game up was our game versus Cy-Fair, our enemy and rival, which could’ve helped us get back on track. The student section was pumped and so were we, but we couldn’t close out a hard fought game and ended up losing 7-14.

Next up was the game against Cy Lakes. Lakes is almost always the worst team in our district, and only had a couple of district wins in their history, one coming against us a few years back. They were also riding a hot streak and had a widely improved team from last year. Even Varsity Wires picked them to beat us as their “Upset Special.” We found this disrespectful not only because we did not think they could beat us, but because it was our Homecoming game. We came out with a vengeance and ended up

winning by a wide margin, 46-17.
The Lakes game is really what sparked the season and the run we had. We won close games against Langham Creek, Cy Woods, Jersey Village and Cy Springs that I do not think we would have won last year. The strength of the leaders and unity of the team really allowed us to get through
tough games.

We came into the game against Cy Ridge looking to get closer to a playoff spot. This was probably the most focused the team was during the week, and it led to a 47-28 win against a good Cy Ridge team.
The games versus Falls and Ranch were our hardest of the year, and we lost both. Despite losing, we were able to get the playoff spot we worked hard so hard for. 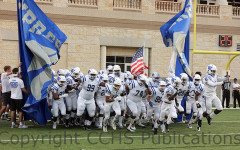 Our first playoff game was a matchup against the Davis Falcons. They were a very fast and physical team and it was a very tough game. We got out to a quick lead but let them back in and it was a battle to the finish. We ended up winning 34-32.

Next up in the second round was the Strake Jesuit Crusaders. They were a tough team with very good players. It was a true home game for them, which is rare in the playoffs. They used this to their advantage as we lost 28-44.

This brought the end to the great season we had. Although we were out a lot sooner than we had liked, we made the playoffs. We ended the curse that had been over the program for five years.

The bond I made with this team will never be broken.