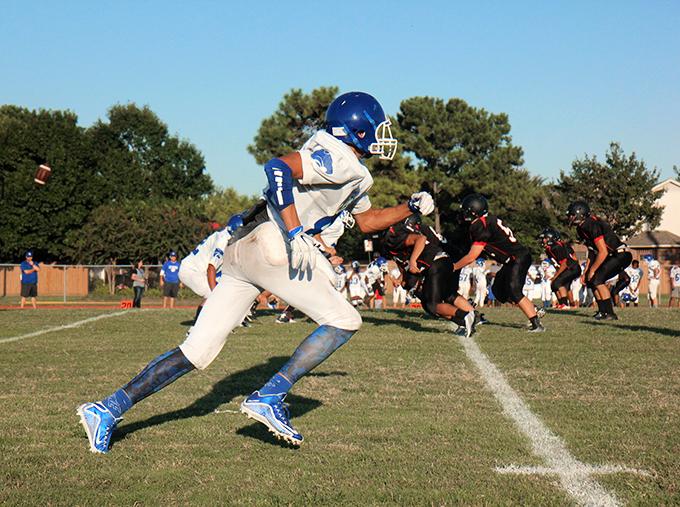 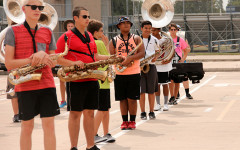 The field lights rain down upon the 11 boys in blue who anxiously await the first snap.

The snap goes off and the kicker punts the ball across the field. With the ball flying through the air, the game begins.

“It was pretty fun being out there with the coaches and the players, the plays; they were pretty tough to learn, you just had to get them in your head pretty much, just memorize,” Lopez said.

Practice presents no fun and games; they have to work too, freshmen and defensive end Jean Paul Gazzaneo said.

“The endurance like keeping up with coaches, and going out to get stuff when they want you to,” Gazzaneo said.

This endurance may possibly contribute to the comradery on the team freshman and cornerback, Peyton Honeycutt said.

“I just make so many more friends and see what everybody is about,” Honeycutt said.

“Definitely, because we’re asking a  lot more of them,” O’Connor said. “In middle school you could show up for practice maybe once, twice a week just enough to where you could play in the games, but here we ask you to show up to practice everyday with all of your stuff and you can’t be missing a knee pad and your shirt and your shorts have to be clean everyday.”

Players have to worry about more than just keeping track of their uniforms.

“Obviously grades are a big deal and classes are a little bit harder so they have to find that balance of student athlete,” O’Connor said. “They were starting out slow, but I think now they are starting to catch on.”