Swinging into a new season 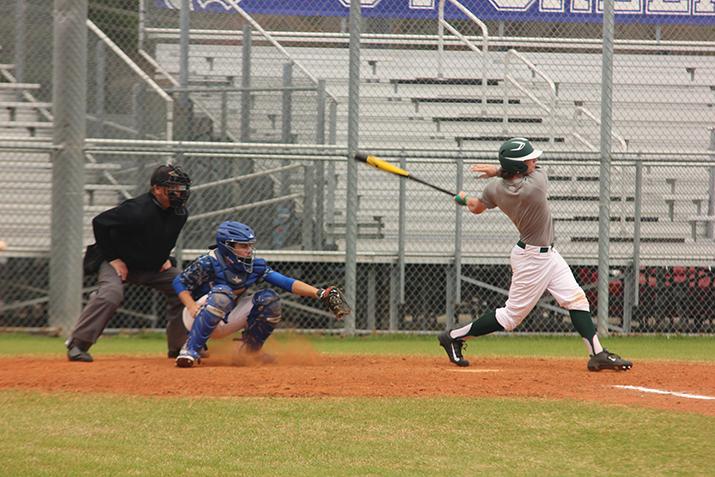 The smell of sunflower seeds and Big League Chew filled the dugout. The frigid air blew through the caps on the players’ heads. One by one the players walked onto the field, warming up by swinging their bats and lobbing pitches to other players.

With the hopes of a fresh new season, the varsity baseball team competed at a tournament in Kingwood on Feb. 27. Senior Matt Waddell said the team will use the same strategies that led them to success last year to help them advance again this year.

“Our pitching and defense was our main thing that was used to win games [last year], and timely hitting was also helpful,” Waddell said. “We’ll do the same this year, because if it’s not broken why fix it?”

At the tournament, despite injuries to the pitching staff, the team finished with great results.

“A lot of young pitchers stepped up, throwing complete games, competing against the top twenty teams in the state,” junior Brayden Bahnsen said.

This year the team won four out of the five games they played, placing them in high rankings.

“It felt pretty good since last year we left the tournament with only two wins,” Bahnsen said. “We ranked pretty high [this year], considering we only had one loss, but we were tied with a lot of teams.”

Waddell said the team did not think they would be as successful as they were.

“We kind of surprised ourselves and we just won games that people didn’t think we were going to win,” he said. “[The tournament] was definitely a confidence booster for sure, and it showed in the rankings, that we got moved up in the area.”

Bahnsen said he is looking forward to playing in districts because he enjoys the competition.

“I like competing against better teams,” he said. “It’s better to play good teams, than to play bad teams and win every game.”

Swinging into a new season