As a mandate from Athletic Coordinator and Head Football Coach Greg McCaig, football players who plan to play on the varsity team had to join a spring sport. Sports the players could choose from ranged from track, tennis, baseball and wrestling. Juniors Colin Hill, Ty Presheva, Matt Shoffner, and Tom Huynh switched out their football gear for a pair of tennis shoes.

“I think he[McCaige] just wants to keep us active and keep us competing with others and testing ourselves and our abilities,” Hill said.

“Tennis is a lot of footwork and as my position in football as an offensive lineman, I need good footwork,” Hill said.

Presheva said he enjoys tennis a lot and he will keep playing tennis throughout next year.

“Of course I will play tennis again because I love the sport,” Presheva said.  “It is really relaxing, calming, and a stress reliever.”

Hill said the mentality of tennis and football have an edge to them.

“Both require physical abilities, but the mental part of the game is what keeps you stable and focus,” Hill said.

Even though football and tennis are two different sports, the four athletes say they will not burden the tennis team.

“I’m gonna help them a lot because of my quickness and my ability to hit the ball really hard and accurate,” Presheva said.

Huynh said during a tennis match, it takes a lot of endurance and quickness to keep up with the ball.

“The strategies I use is to keep my feet moving and keep my racket up, ready to return the ball and to be prepared for anything,” Huynh said.

Shoffner said tennis has an importance to him, and anything he does he takes seriously because it really affects his life in many different ways.

“Of course I am going to take [tennis] seriously, it’s equal to football in my mind,” Shoffner said. 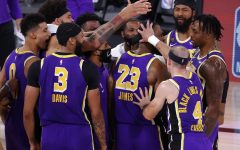 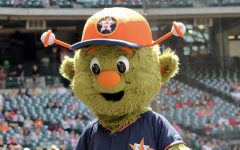