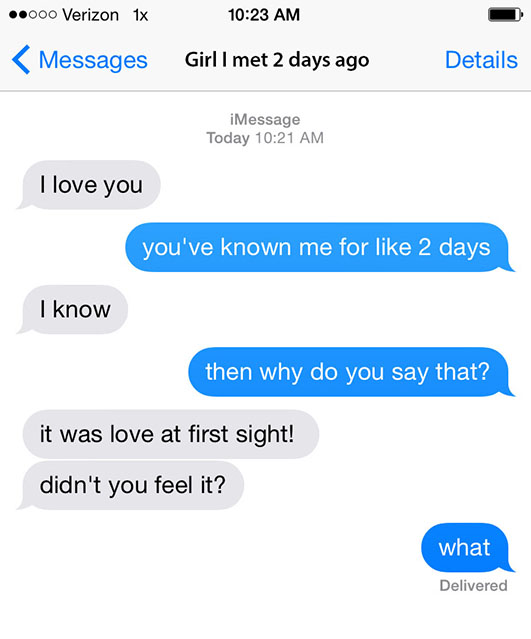 Those who disagree with the belief in “love at first sight” – listen up.

Now, this isn’t an essay where the sentences fall awkward and stiff, like those who lack a romantic bone in their bodies. No, this will be a very important reason as for why those who do not believe should change their perspective.

I had this moment of prompt connection with someone I never even met before – and no, not a romantic kind of ‘love at first sight,’ but rather a platonic one.

Five years old, with tangled blonde hair that went down to my butt and shining brown eyes full of life, I played outside with chalk on the neighborhood sidewalk. I was preoccupied with drawing when suddenly, a car pulled into the driveway of an empty house nearby.

A moment later, a couple popped out from the vehicle’s doors, and right when I became uninterested in the events playing out before me, a little boy the same age as me slid out of the backseat.

He wasn’t anything special, but when I locked eyes with him – I stopped.

Right then, we became best friends.

Not because of his appearance, but because he had a playful, knowing glint in his eyes – like he knew just as well as I did that we’d be nothing but trouble together – exactly what we both wanted.

Love at first sight does not have to involve romance in every case. It can also include any sort of bond out there: between family, friends, even acquaintances.

And with my friend and I… it was unexplainable – like I knew him from somewhere, although I knew I’d never met him before a day in my life. Millions of people in the world have experienced this type of situation as well, and in no way can one deny their feeling when it comes to them – no other thing to describe or label the setting than those four words.

I believe in love at first sight.