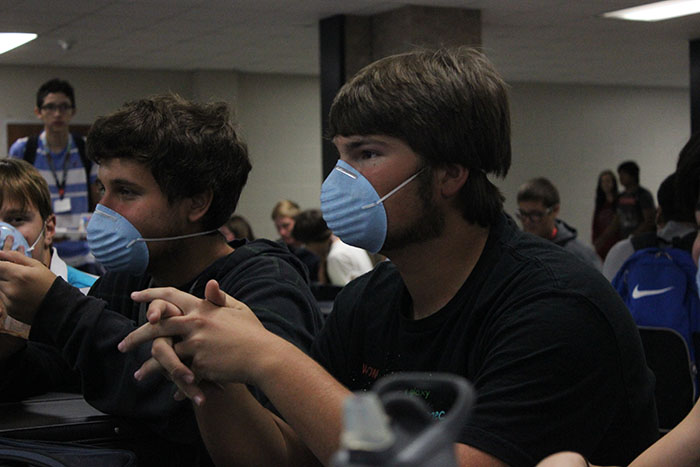 Ebola, a dangerous West African virus, has made its rounds throughout campus discussion lately. People are under the impression that since a Texas health care worker contracted the disease, it soon will run rampant around the school. Students need to stop sensationalizing a disease that seriously impacts people’s lives and understand it will almost certainly not affect the school.

CNN describes Ebola as “extremely infectious but not extremely contagious.” Meaning: you can get it if you come in contact with it, but not just out of thin air. The only ways to contract Ebola include close contact with an infected person’s bodily fluids, touching their contaminated things, or butchering the meat from an infected animal. Since the U.S. takes extreme care when dealing with infected patients, students at school almost certainly will not contract the virus.

Though some people might argue the contraction of the disease by two nurses – in Texas, no less – means the disease poses more of a threat than before, both nurses worked closely with an Ebola patient, giving them plenty of opportunities to come into contact with his bodily fluids. Two nurses getting infected has less to do with the contagiousness of the virus, and more to do with the safety standards in their hospitals. At least in the United States, cases of Ebola only occur in health care workers or in cases of unsafe health practices.

Building up hype about Ebola and acting as if everyone at school will contract it also minimizes the effects it has on real people’s lives. Ebola is serious, not because it might infect anyone at school, but because it affects people in Africa. Making it all about the U.S. trivializes genuine tragedy that comes from the virus, and leads to the need for campaigns like “I am a Liberian, not a virus.”

Students need to understand Ebola does not pose a threat to them, but does cause serious strife in other parts of the world. As long as people keep exercising common sense – do not share needles, have unsafe sex, or pick each other’s noses, Ebola will not infect people here in America. Students should worry less about Ebola affecting them and instead try to understand its gravity to people who actually do need to worry about the disease.