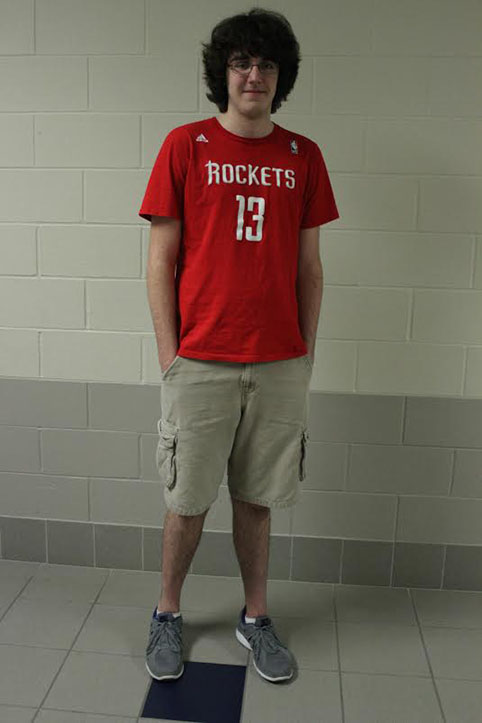 From the classroom to his own computer, Junior Eric Estepp produces videos for anyone who wants to entertain or be entertained. His background helped him start both a hobby and a business in his own YouTube channel.

A: “When I was 12 years old, I got a camera and started making little videos. Then when I turned 14, I realized I could put them on the internet and I just figured ‘why not?.’”

Q: Where did your inspiration come from?

A: “I think my inspiration partially came from my uncle who was working on a movie when I was 12. I went on-set with him one day and was really interested in what was going on. I’m pretty sure I asked for a camera that Christmas. Now I feel like I’m special because I do this and not a lot of people are interested in working with this stuff. I keep going because now there’s 11,000 people who really do want to see my videos.”

Q: What is your channel’s current activity?

A: “Lately I put out way more than I should. I try for one or two videos a week. I don’t really have a set schedule; I’m not like telling people to tune in at seven EST for live feeds or anything. My videos are usually themed a certain way for sports fans. Sometimes I’ll put out a new video with a friend just for fun.”

A: “I do a lot of animation and other random stuff. I also have a racing theme going because I have a lot of racing fans that are subscribed to me. All sorts of racing, like Nascar-type stuff. I kind of have two sides of fans. I have a lot of people like that [NASCAR fans] and people who are just like general fans.”

Q: What attracted you to race cars?

A: “I’ve been a fan of racing for like seven to eight years so I wanted to do something that blended video making and race cars together. I’ve kind of got almost an ESPN-style show where I talk about racing and stuff like that and people ask me questions.”

Q: Do you have any future plans for the YouTube channel?

A: “I’m gonna keep doing what I’m doing for now, but I do wanna branch off on broader subjects. Other than that I just wanna keep the numbers up. I do like it when people say ‘oh you’re so funny.’” More realistically, I’m making money so of course I’ll keep doing it. And everyone’s really nice and entertaining; it’s like a good community.”