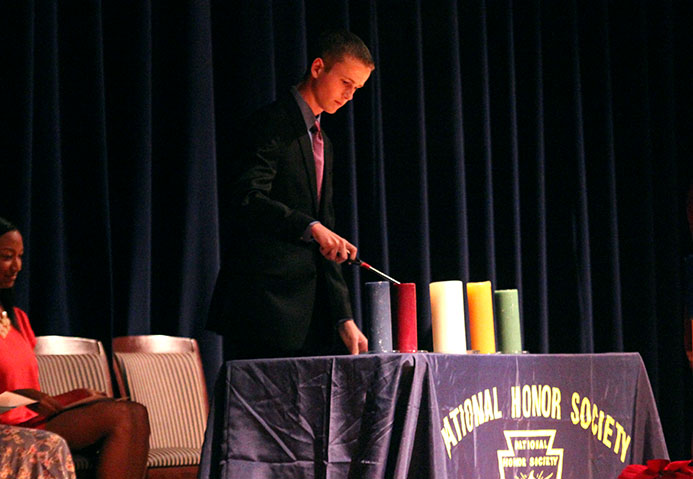 As a result of his scholastic achievements, Cypress Creek senior Travis Johnson receives a nomination for The US Presidential Scholars Program. Johnson is the only CFISD student to receive this nomination.

Established in 1964, the program spotlights students who have the top SAT score in the nation. With a the combined Critical Reading and Math score of 1600, Johnson achieved perfection which made him eligible for the prestigious award.

The program nominates 3,900 students in the country, and out of those only 39 students were nominated from Houston this year. Johnson said that his diverse school involvement makes him stand out from other nominees.

“I’m very well-rounded and am very involved at Cy Creek,” he said. “I’m Vice President of NHS, I was the Pit Captain in the band, whereas many other students are probably only focused on school, and I’m very involved in YoungLife.”

Because of Johnson’s accomplishment he thinks Cy Creek will be seen as on par with some of the best private high schools in Texas.

“I am terribly excited because this is a tangible result of my efforts throughout my schooling,” Johnson said. “I know that I am a part of a very esoteric group and the honor of just being nominated is something that I am extremely proud of.”

Johnson will know if he is a semi-finalist by mid-April. If he wins the award he will have an all-expenses paid trip to Washington D.C. He says if he wins he will meet other students with the same enthusiasm for learning as himself and will impress his dream university.

“Just being nominated will show to Texas A&M that I am part of an elite few who are the best of the best in terms of SAT takers,” Johnson said.