“I choose you” anime club heads to new directions 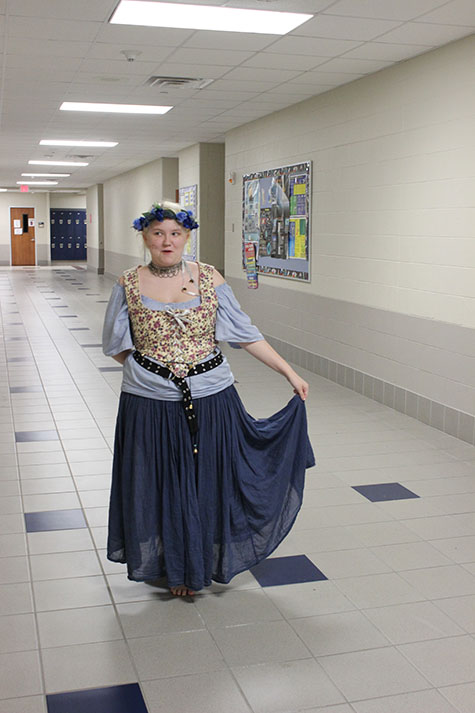 A plethora of students filled the room, spilling out into the hallway beyond. Two adult professional cosplayers, people who dress up as fictional characters, Jade Twisted and Kyra Chaos (Jade and Kyra Ritchal), stood at the front, answering questions from students. During the Q and A one student yelled for them to sing the first anime theme they could think of.

The cosplayer stuttered, and then began to sing, “I wanna be the very best, like no one ever was.” Students began to recognize the song and sing along, and soon 50 voices rang out with the notes of the Pokemon theme. An air of togetherness and unity filled the room. The students were all united; united by a common love of anime, the genre of Japanese cartoon shows.

“I just felt like I just fit in there,” sophomore Charlotte Haigh said.

Anime Club president, senior Kathryn Chan, wants the club to meet every Wednesday until 5 p.m. She hopes the club will have 10 to 20 members this year.

“That would be fantastic,” Chan said. “Obviously some people have other clubs to do, but as long as they still communicate, participate on Facebook or on Celly (a text update site), or just emailing or anything like that, that would be wonderful.”

The club expects to go on group trips to anime conventions such as Anime Matsuri downtown.

Chan will take the club in different directions than last year. Previously Anime Club had a much smaller group, and participated in less activities than Chan has planned.

“I plan on doing more than just sitting down and watching anime and discussing about it,” Chan said. “Discussing is fine, but to sit there, that’s a no-no.”

Bulloch hopes the club will be more active this year. She wants students to share new anime and manga, spread their interests among other club members, attend anime conventions as a group, and possibly become involved in social service.

“The type of people that anime club would attract are a very particular type of people,” she said. “They’re usually extremely creative, highly literate – they don’t just read manga, they read, period; and they have a certain level of social consciousness about them, and I really wanted to channel those traits into some kind of never-before-seen service project. Based on what I saw yesterday [September 10], I think all of that could actually happen this year.”

Anime Club will focus less on watching anime and more on creating costumes of characters and discussing themes in anime.

“I’m very excited to see what we’re all going to be creating cause a lot of people are going to be cosplaying and I think that’s going to be a lot of fun to see in the next coming anime club meetings,” junior Trevor McKinley said.

”I think it brings people together because people find someone that’s just like them instead of going around and people may or may not make fun of you, probably so, but you just feel more welcome here,” McRay said.