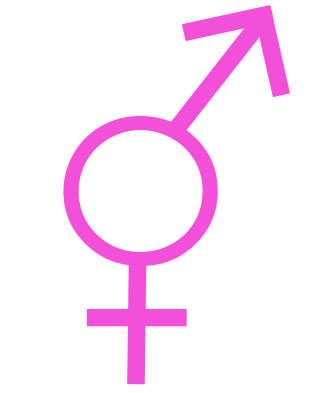 Texas schools practice the Abstinence-Centered Education Program which focuses on teaching students an abstinence-based sexual education program in our health classes, a course requirement by the Texas Education Agency.

“Well we talk about human reproduction,” health teacher John Marks said. “If we have time, we talk about pregnancy and childbirth. Well, let me back up. I guess we start it out with family relationships, dating, that type of thing.”

Marks said that With time stipulations, some of the curriculum tends to slip through the cracks.

The problem with the Fall is that we have like 20 less teaching days and finals, and the summer we have only five weeks in the last six weeks because of EOC’S and final exams,” Marks said.

Marks tries to remind students that he is on their side and wants kids to take a second and think about the big picture.

“I don’t think these kids look at the long-term ramifications,” he said. “Teenagers having sex ain’t nothing new, I mean they were doing it when I was a teenager and people were doing it before them. It’s not anything new, the difference is that it’s now more common.”

He also had a shocking personal experience and made him realize the severity of the problem.

“We try to get the kids to understand that they’re kids, they’re children and the thing that gets me more than anything else is seeing the girls pregnant,” he said. “I had a girl in my health class, years ago first period, and she used to come to class late every day, she was 15 years old. I asked her ‘Why are you always late?’ and she goes ‘Well, I have to take my baby over to daycare. I said ‘well do you have a little boy or girl?’ and she said a girl and I asked how old she was and she said three.’”

Not only is pregnancy a factor taught in Sex Ed, but STI’s, formally know as STD’s, have a predominant role in health classes.

Marks also notes that he is aware of what happens among teenagers, but is not here to ‘baby them’.

“I tell them [the kids] that if you’re going to have sex, you’re taking on a large responsibility,” Marks said. “I know how hormones are, and consequently, things are going to happen.”

Though Marks says he believes even though the generations have changed, the curriculum is still helpful. Others disagree.

Disappointed with the curriculum, Modisette said it needs to be changed.

“Instead of actually teaching students useful sexual information, like safe sex and pregnancy and anatomy, the lesson plan included things to shame and scare students to not have sex,” Modisette said.

Junior Sergio Gonzalez said the curriculum has failed its purpose.

“The curriculum can simply not be improved,” Gonzalez said. “Texas should cease forcing students to sit in a class where maybe 20 percent of the students actually take the class seriously.”

Though some remain bitter, other students have a more positive outlook to the curriculum.

“It gets the point across,” sophomore Colby Clem said. “There are some people who don’t get the point, so making it more relatable to those people would be helpful, and make the curriculum more effective, but overall it’s not awful.”

When asked to comment on the Health curriculum, Principal Sandy Trujillo said she has no control over the lessons taught in health classes.

“Well, I wouldn’t [comment on the situation] because I’m a public servant,” she said. “It would be like a police officer saying ‘I don’t agree with the law.”

Aware that kids will be kids, Marks thinks students should take caution.

“You know I tell the kids that I was born on a friday, but not last friday,” Marks said. “And I’m not naive enough to think that just because we teach this that kids aren’t going to go out and have sex, if we believed that then there wouldn’t be any teen pregnancy or kids with STD’s and all of that sort of stuff.”