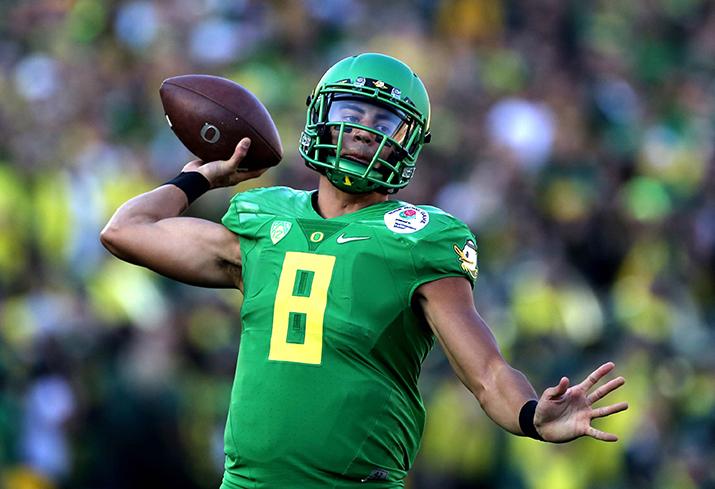 After a record breaking season that left fans speechless, many players seemed to face the stage of free agency. Their return to their team raises questions about what their future holds. During the offseason, these players might suffer some changes in their careers, while some will begin to shine brightness on new teams.

After shattering Brett Favre’s record, Peyton Manning became the record holder for the most touchdown passes by a single quarterback. The 38-year old has played in 17 seasons of football, soon 18. After the Denver Broncos fired their head coach John Fox, that left uncertainty towards the franchise. Will Manning come back for another season?

The former MVP running back Adrian Peterson suspension expires in April right on time to start training for the 2015 season. He was suspended without pay because of alleged child abuse. Arguably the best running back of the decade, many fans cannot wait to see him back on the field trucking defenders. Although he may return to the Minnesota Vikings, many NFL analysts predict he will end his career with the Dallas Cowboys. Running behind that offensive line could be the key to winning super bowls.

The 2013 Heisman winner Jameis Winston has the possibility of getting selected as the first overall pick of the NFL draft. His accuracy and vision down the field caught many coaches’ attention during the NFL combine last week. As the Tampa Bay Buccaneers continue to search for a quarterback, Winston could start his rookie year in Tampa Bay. With a young wide receiver like Mike Evans, they could become a double threat in the NFL next season. Winston has the potential to become a great star in the future. The only concern most people worry about revolves around his off field issues.

Marcus Mariota had a very impressive season during his last year as an Oregon Duck college player. Although the Ducks failed to win the national championship against the Ohio State Buckeyes, Mariota was named the 2014 Heisman trophy winner. Like Winston, Mariota also showed some impressive attributes during the NFL combine last week. He had the fastest 40 yard dash time between the quarterbacks and some people compare him to quarterback Alex Smith from the Kansas City Chiefs.