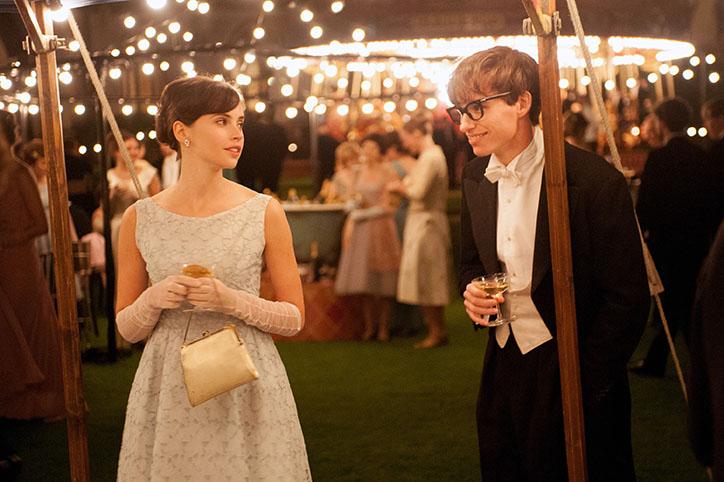 “The Theory of Everything”

The gist: A movie based on the renowned astrophysicist Stephen Hawking and his experience with amyotrophic lateral sclerosis (remember the #IceBucketChallenge?). It sounds boring, but there’s a twist: love. Set in England circa 1960, Hawking meets the love of his life and experiences the hardships of ALS through this film. Cue the feels.

The gist: Imagine Steve Carell actually starring in a movie that isn’t a comedy; throw in Channing Tatum, also in a breakout serious role, and you have “Foxcatcher.” Granted, the plot is a little more complicated than that. Mark Schultz, an Olympic gold medalist in wrestling, is taken out of poverty-stricken Wisconsin under the wing of a rich man eager to capitalize on Schultz’s talents and insecurities. Watch the trailer and get a feel for the film’s unique psychological thrills.

The gist: Don’t confuse the title – it’s definitely not a movie rendition of Milton’s epic poem. Josh Hutcherson takes on the role of a surfer in Columbia who falls in love with a local girl whose uncle is involved in the dangerous drug industry. Also, Hutcherson is a surfer, so we’re guaranteed a few gratuitous shirtless scenes.

The gist: Although it seems everyone on the planet knows about this movie, it will no doubt be the best one yet from the Hunger Games series. In Hoffman’s final film, Katniss sparks rebellion throughout the 13 districts of Panem, and she is forced into being the figurehead of it, despite the recent crushing loss of her district and people. This movie will be action packed and full of plot twists. Seriously. Watch it.

The gist: Get excited about this movie because Meryl Streep is playing a witch and it’s a musical. The film intertwines the tales of  “Cinderella,” “Little Red Riding Hood” and “Jack and the Beanstalk.” It would take forever to list all of the well-known names in this film, but most importantly, Johnny Depp is the Big Bad Wolf. You get the point. It will be amazing.

The gist: Directed by Angelina Jolie, this film includes rising star actors (see the characters Dandy Mott in “American Horror Story” and Cook in the British TV show “Skins”) as the main characters. The film is a drama about Olympian Louis Zamperini who survived over a month on a raft after a plane crash in WWII. The movie doesn’t stop there, though. After the duration of their raft trip, the crewmen are captured by the Japanese and sent to a prisoner-of-war camp to be brutally tortured. Basically your feel-good Christmas movie. But seriously, anyone who’s read the book can tell you to bring a box of tissues.

The gist: An action comedy, this film is a typical Seth Rogen movie. It features two men who run a TV show that turns out to be a favorite of the North Korean leader Kim Jong-un. The two men land an interview with the dictator, but find themselves thrown into a government plan along the way that involves assassinating Kim Jong-un. In short, it will be a ridiculously entertaining and outrageously untrue movie.

The gist: Reading the summary might be a little overwhelming, but the film will be totally worth it. The charming art dealer Mortdecai manages his eccentric life and the people in it while on a mission to retrieve a stolen painting known to conceal an important code to a Nazi gold-filled bank account. Wait, what? Watch the movie to solve the confusion.

The gist: Ah yes. Another American Hustle-esque movie but a different era. In the mountains of North Carolina circa 1930, two newlyweds build themselves a logging empire, but find themselves overshooting their goals and unearthing past affairs. The unraveling of their marriage ensues dramatically.