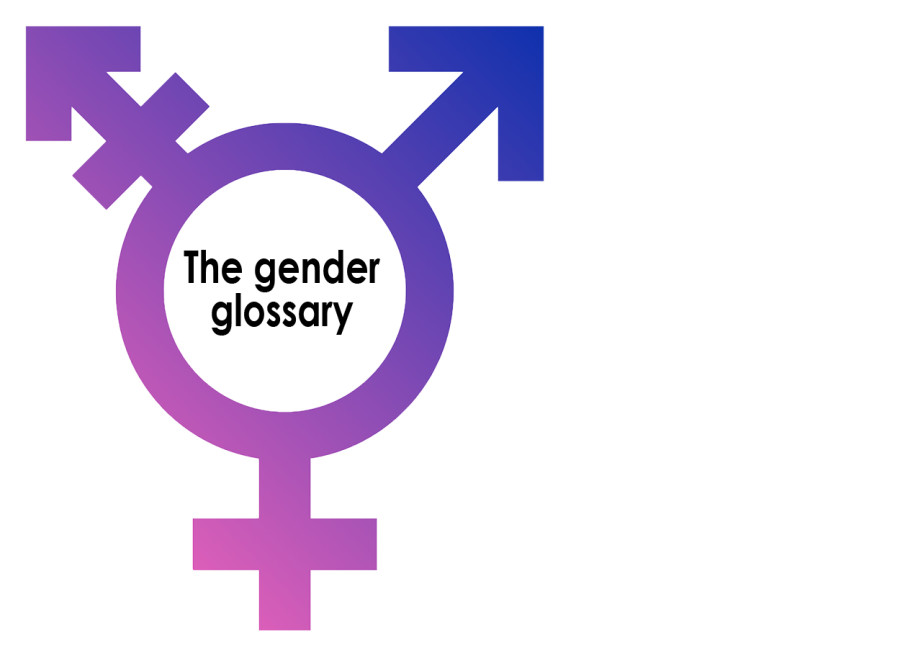 Transgender – An adjective used to describe a person who identifies as a gender or genders other than the one they were assigned at birth. Often abbreviated as “trans”.

Cisgender – An adjective to describe a person who identifies as the gender they were assigned at birth. Often abbreviated as “cis”.

Gender Binary – The idea of only two genders, male and female, which all people must identify with.

Nonbinary – A person whose gender does not align with the gender binary. An alternative umbrella term is “genderqueer”; this category includes genders such as agender, neutrois, demigirl, genderfluid, and more. Nonbinary people may use alternative pronouns.

Intersex – A person whose genitalia does not easily fit into male or female at birth. Intersex people are often unaware they are intersex until later in life.

MTF and FTM – “Male to female” and “female to male”. Somewhat outdated way to refer to a transitioning binary trans person.

Transition – When a transgender person makes steps towards actualizing their gender publicly. This may or may not include gender reassignment surgery, HRT, changes in clothes, new hairstyles, and new pronouns.

Gender expression – The way a person performs or expresses their gender, publicly or in private. Examples would be wearing makeup or cutting hair short.

Gender role – The way a person is compelled to act because of their gender identity. Examples of gender roles would be “women should cook” or “men know all about cars.”

Assigned gender – The gender a person is assigned by doctors and society at birth. Sometimes this assignment is without a basis, such as for intersex people.

Drag – Especially a popular form of entertainment in the 90s, “drag” is performative gender by cisgender gay men.

Transexual – A term to refer to a transgender person. This and “transvestite” were both popular in the trans community from the 70s through the 90s but have fallen out of vogue and are generally considered to be politically incorrect.

Crossdresser – A cis person who dresses in non-typically gendered clothing. Not the same as trans.

Dysphoria – A state of being out of sync and uneasy with the world. Often accompanied by anxiety and depression. Not all trans people experience dysphoria.

Sex – Someone’s “biological gender”. Based on chromosomes, which almost nobody gets tested. Biological sex is also assigned by doctors to babies.