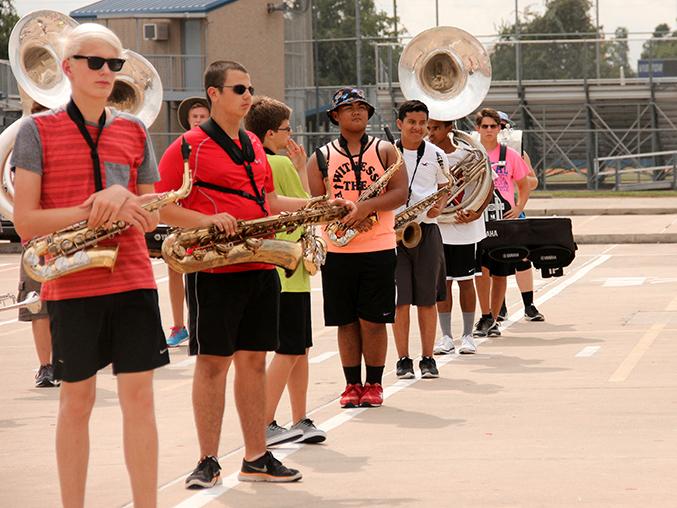 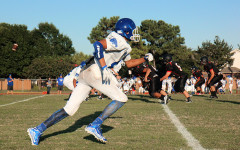 Members of the marching band practice and rehearse for many hours in the summer heat in order to prepare to perform for the crowd at halftime during football season. The time commitment may feel like a burden to some, but  these freshmen make it seem worth it.

High school marching band gives students many rewarding experiences, but also takes up many hours of student’s’ time. During the two weeks during the summer, freshman Logan Pierce said  they practice routines for football games and competitions.

“If we didn’t have summer rehearsals, we wouldn’t be as good as we are,” Pierce said. “We have done and learned a lot.”

“If we hadn’t practiced throughout the summer, we wouldn’t have had time to practice the the fundamentals and master some of our show music,” Selladurai said. “So, yes, I think summer band is going to contribute a lot to competition.”

At marching band competitions, band members recite music while they carefully place their feet to march in unison as well .Freshman Andrew Thetford

“The only thing I gave up was sleeping in, and it wasn’t that hard giving up my lazy summer schedule,” Selladurai said.

At the end of the day, the long rehearsals and dedicated summer days can mean a few things, but according to freshman Dylan Buerger he only misses one .

“The hardest thing to give up was probably sleep,” Buerger said. “I gave up a lot of sleep.”