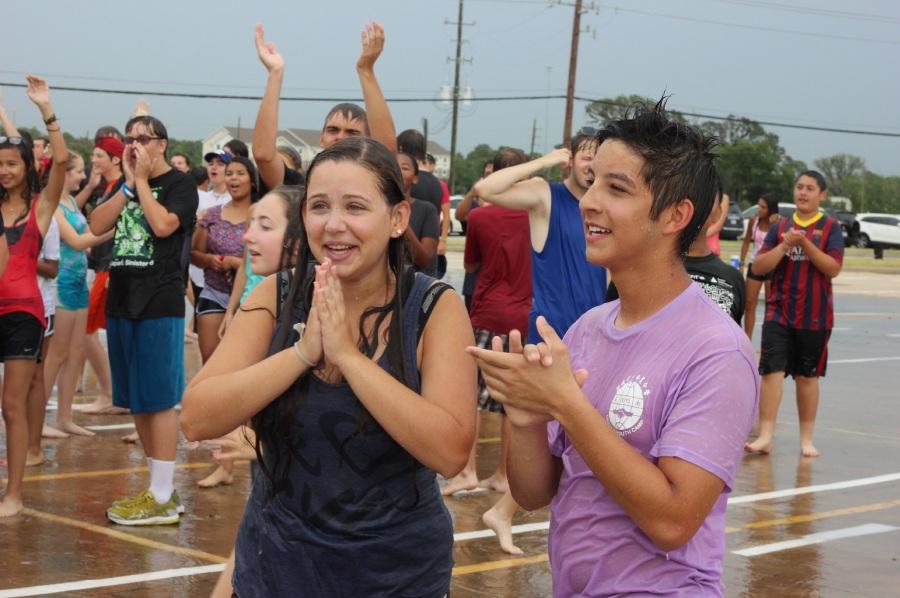 While other students spend their summer drinking lemonade and enjoying cold pools, the members of the Cougar Marching Band arm themselves with gallon water-jugs and push themselves to the limit day after day to make football season unforgettable. Sweating for hours on end, these students face the dangerous threats of heat stroke, heat exhaustion, and heat rash on a routine basis.

Under new direction, the band has strived to make heat safety the ultimate priority. Band Director Brian Drake said he dedicates himself to preventing heat-related illnesses that could cause fainting.

“Actually this year and last year, the band [has] not had any students actually faint,” Drake said.

“We prevent heat illnesses from occurring by looking at the students, and seeing if they’re out of sorts, or they’re saying they are out of sorts,” Drake said.

“They have a dazed look on their face,” he said. “they may not be sweating as much as they should be because they’re not hydrated, they aren’t looking very coordinated, or not as coordinated as they usually are.”

The band directors emphasize the importance of slowly increasing expectations for the students, especially new students coming from eighth grade.

“We totally understand if it’s like the first day of summer band and [the students] are not used to the strain that that much heat causes the body,” Drake said. “But we try and figure out as well what they need to do so that as the weeks go on, they’re not feeling ill as often”.

Some students believe that shaming exists toward asking for breaks and water in the face of the scorching heat; however, Drake believes students need to embrace full transparency with their needs during practice.

Many band students, including band senior Naren Makkapati, agree the heat controls the amount of work band can get done.

“The heat is probably the biggest influence on how well the band rehearses,” Makkapati said. “There are a lot of days where it’s really humid and above 100 degrees, and the band doesn’t get as much done as we would like. On other days when it’s close to 70 or 80 something, we speed through rehearsal”.

He believes conditioning for summer band helps to build stronger students who can endure more.

“There’ll be times after school that I walk outside and a normal student says ‘Wow, it’s hot out here’ at the same time I say ‘This is refreshingly cool’,” Makkapati said.

In the face of near-boiling temperatures, the students continue on for the glory of a perfect performance, the thrill of the crowd, and the love of their instruments.

“Band students work hard out there in the heat, and I believe they’re better for it,” Drake said. “just like football, just like baseball, basketball, or any other sport, the heat is a central part of what we do in band and a central concern to us directors.”