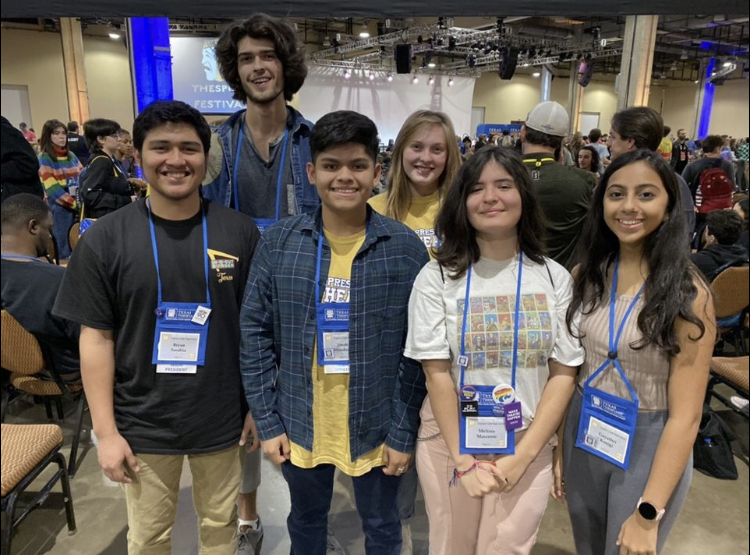 The annual Texas Thespians Festival came back around this year from November 20-23 at the Gaylord Resort in Grapevine, Texas. From the competition aspect of the festival to the many shows constantly performed, Thespians allows schools to showcase their exceptionally talented students. This year, Cy-Creek had six national qualifiers in solo musical, short film, and stage management.

Senior Jonah Mendoza qualified for Nationals under the category of Solo Musical. Nationals, a second convention that only allows select performers to compete, takes place in June 2020 at the University of Nebraska. Mendoza competed with the song “Somewhere Out There” from The Hunchback of Notre Dame.

“It started about a few months ago,” Mendoza said. “I went into it with a vision of how I wanted it to go, and the directors and fellow thespians helped me achieve that vision, causing me to qualify for nationals.”

Behind the curtain, Bryan Sarabia qualified for Nationals with his stage management experience during The Foreigner. The competition room that day consisted of a lengthy twelve-minute interview session, where the Thespians presented their stage management binders to the judges.

“You have to give a rundown of the show, a rundown of your stage management binder, and a rundown of how you shaped the show into the final product,” Sarabia said. “Then the other 4 minutes are an interview with the judges.”

Sarabia also enjoyed the other leisures of the festival, which included both workshops and shows.

“I went to an improvised telenovela workshop where you would improvise an elaborate story in a more dramatic way,” Sarabia said. “It was really fun and very funny.”

In addition to Jonah Mendoza and Bryan Sarabia, Kirsten Hill, Gayathri Kosigi, and Melissa Moscorro all qualified for Nationals in solo musical, as well as Collin Smith for his short film.