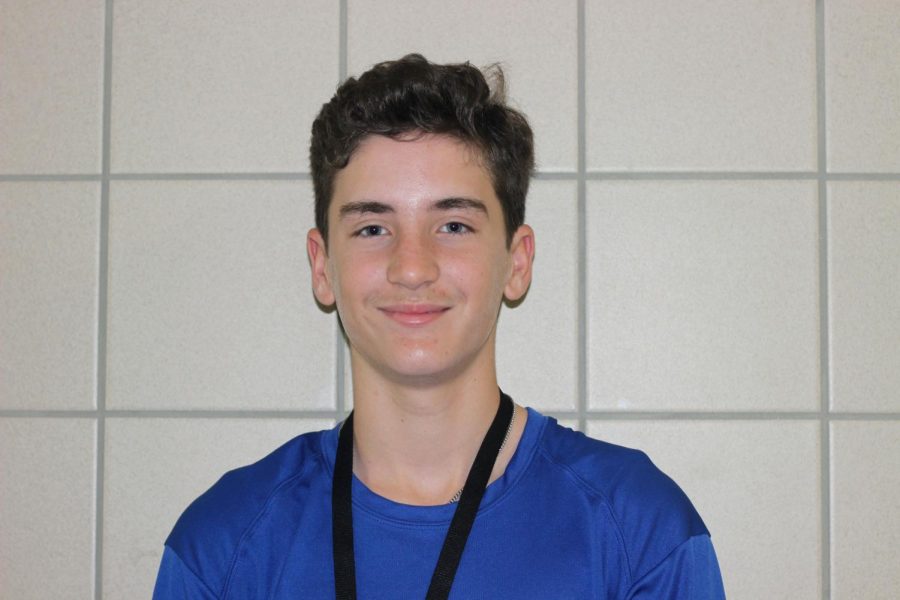 Students often describe middle school as the “awkward phase” of their lives. Bringing many memories, middle school allows pre-teens and teens to figure out what path they want to take in high school while enjoying time spent with friends. Bad decisions and embarrassing moments lead to entertaining stories that become lifelong memories. These are a few stories from fellow Cy Creek students describing their middle school memories.

Freshman, Garrett Fugate, had an interesting day during the swimming unit when he realized he was missing something very important. During the P.E. swimming unit at Bleyl middle school, swimmers would be put into groups based off of their swimming abilities. Fugate was sorted into the advanced group along with a few of his friends and they decided to have a race.

“Me and five of my friends decided to race to the shallow end from the deep end,” Fugate said. “And so we had coach Martin blow a whistle to start the race.”

But, as the race started, Fugate noticed that his swim trunks had fallen down.

“So we dive in and I soon after realized that not everything had stayed with me if you catch my drift,” Fugate said. “I didn’t realize it at first until the cold water had hit me.”

Fugate said he would not change anything about his experience in middle school except for maybe tying his shorts tighter.

”I feel like in middle school the rules don’t matter as much,” Fugate said. “I would for sure want to go back and enjoy my middle school years a little more.”

Junior Mekenna Earnhart recalls a time in her life where she was a little too chatty. At Bleyl middle school, every day the assistant principals held a countdown before lunch to let the students know to stop talking. If students continued talking after the countdown, certain items such as cookies and chips become unavailable in the lunch lines. However, Earnhart did not pay attention to this rule one day and caused an eruption of fun in the cafeteria.

“One day, I was waiting to eat lunch just like normal and I was talking to my friend,” Earnhart said. “I noticed it was more quiet than usual but I kept talking because I didn’t know that the countdown had started.”

After a few more minutes of talking, Earnhart was confronted by the Assistant Principal and forced to do the countdown in front of the entire cafeteria as her punishment.

“It was so embarrassing because everyone was staring at me, but it was also fun because I had control over the microphone,” Earnhart said. “Another Assistant Principal started to talk and so I told him on the mic that his ketchup was taken away and the lunch room erupted in laughter. I was then told to sit down and lunch started as normal.”

Many of the most memorable moments in our lives come from middle school. Whether it be the awkward pre-teen stage or the recklessness, the time spent in middle school gives every student good memories to go back and laugh about.